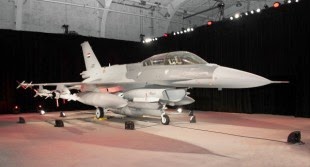 Lockheed Martin will delivere the first of 36 F-16 Block 52 aircraft to the Iraqi Air Force during a ceremony on Monday at its Fort Worth facility. The F-16s are being built in a configuration tailored to meet the specific requirements of the Iraqi Air Force, and the contract includes mission equipment and a support package.

“Iraq joins 27 other nations around the world who depend on the F-16 Fighting Falcon to maintain peace and security,” said Orlando Carvalho, executive vice president of Lockheed Martin Aeronautics. “We are proud to play a role in the defense of a new democracy and look forward to strengthening our partnership with Iraq.” (Lockheed Martin/defencetalk, 8 June)

F-16, a fourth generation multi-role fighter, has a reputation as the safest and most effective aircraft in its class. More than 4,540 F-16 aircraft have been delivered in the past 40 years, and production is expected to continue through 2017. Major upgrade have been incorporated in the F-16 being produced now.

These variants of F/16 are specially downgraded and weakened as not to cross the Negev desert and strike Israel.They are fitted with some special gizmos which render them inert and useless if they happen to enter Israeli airspace!!.

no NATION ever can claim to be safe and secure and boast to be able to guard its people and boarder AND yet its defense tools are made and 'delivered' by another Nation for its own security !!.

may the Almighty bless our brothers and Sisters in the Iranian defense Industries!.

OK, that's somewhat true, except for the rather ludicrous claim that they have been fitted with "special gizmos which render them inert and useless if they happen to enter Israeli airspace". You must provide evidence to back up your claim. Also, Iranian and Nigerian aircraft are export versions as well.

Even though these newly manufactured and soon to be delivered aircraft are not exactly what the USAF operates, they are still the latest version Block 52 which means that they are equipped with advanced systems (too many to list here), and they do sufficiently cover Iraq's urgent needs.

They definitely support the strengthening av Iraqi airforce. Having said that this is plane which has a basic design from 30-40 years ago. Also upgraded many times the basic frame is still the same and it is nothing especial in 2014, but once again good for Iraqis as they need to build some aircrafts to patrol borders etc.

What BMA is saying is true, Turkey first discovered this and also complained to Americans who first denied it but later somehow confirmed that was the case indirectly. The Turks had to develop new technology to get rid of that electronic part which took them 2 years:
http://www.jpost.com/Middle-East/New-technology-allows-Turkey-to-attack-Israeli-targets

B.M.A is correct. The Turks have been aware of this software "backdoor" for some time. It'll be interesting to see if the Iranians are allowed to look at the aircraft and tackle the problem.

"F-16, a fourth generation multi-role fighter, has a reputation as the safest and most effective aircraft in its class" ==> was it taken straight from Lockeed Martin's sales sheet or can it be backed by some operational history where F-16s actually engaged Russian Mig-29s equivalents enjoying a similar degree of support as their American counterpart did and not in a context where the former overwhelmingly outmatches the latter both numerically and tactically, with jammer aircraft, SIGINT and AWACS assets supporting F-16s flying by the dozens against say half a dozen Serbian Mig-29s barely being able to take off from their surrounded and pounded airbases for instance ? or when Israeli F-16s were used extensively against outdated and export versions of Syrian Mig-23 of which radar range did not even reach Israeli air-to-air missile range ! hence a humiliating kill ratio in favor of the Israelis over the Golan in 1982. Most experts and pilots having flown both types regard them has holding many advantages and flaws towards one another depending on the combat situation, altitude and weapons types they carry when facing each other.

This is way better than anything the Akhoond regime will ever have !

Dude they're getting brand new aircraft with zero wear and tear that has onboard computers which vastly surpasses anything found in the Shitlamic Republic!!! What's nothing special is your favorite Akhoond regime with theyr rusty aircrafts that if you would look inside all those cockpits you would see that not a thing has changed since 1970s.

Actually F-14s are renowed to regularly beat even F-15s and F-16 during Red Flag exercise and Navy pilots from the USN openly say they still regret that bird over their newer F-18. Anyway I think the IRIAF already in its current state can fully stand its ground against merely a squadron and a half of F-16s with their air bases in range of several thousands missiles assets of its ballistic forces on top of that. And that is assuming Iraq ever gets hostile enough to Iran to think of using them, which is not about to happen in any foreseeable future, I'm afraid.

This used to be true until recently, yes but it has changed during the past couple years. And the regime is known to hide progress and upgrades pertaining to IRIAF aircraft specially for its overhauled fleet of most advanced fighters, ranging from covering serial numbers as to never give an adequate picture of its numbers, and detail of the F-14AM interior or chinese-modified F-4s. Same goes for Mig-29s upgraded to a newer standard, or Su-24MKs. Reports of major upgrade packages are plenty coming from both European and western sources. They might not be "zero hours" to properly speak of, but I mean, they wouldn't ever trade in less than a couple squadron of F-16s for their ballistic arsenal, and current air-force and air-defense capabilities combines man, get real ! Let Iraq shake Al-Qaida offshoot off its back with no foreign help and then only we'll be talking usefulness of this brand new batch of aircraft, shall we ? the day Iraq has not internal flashpoints, less than 40 bombings a week including in its capital then we can talk about the value of its top-notch modern aircraft fleet.