First, news of potential US-Iran cooperation in dealing with the Iraq crisis: From the Wall Street Journal:


The radical Sunni militia that has plunged Iraq into chaos bragged that it had executed hundreds of Shiite Iraqi soldiers, even as the Obama administration said it is preparing to open direct talks with Iran on how the two longtime foes can counter the insurgents.

The US-Iran dialogue, which is expected to begin this week, will mark the latest in a rapid move toward rapprochement between Washington and Tehran over the past year. It also comes as the US and other world powers try to reach an agreement with Iran by late July to curb its nuclear program.

The US and Iran have publicly committed in recent days to provide military support if requested to Iraqi Prime Minister Nouri al-Maliki and help his government repel an offensive the Islamic State of Iraq and al-Sham, or ISIS, has launched against Baghdad and other major Iraqi cities over the past week.

COMMENTARY: This is potentially big news for both countries that have a stake in the stabilization of Iraq and the combatting of Al-Qaeda and Al-Qaeda affiliated terrorism. Former Bush Administration officials have an important post at "Going to Tehran" relating to potential U.S.-cooperation in Iraq. Their prescription includes the following:


Calls for Washington to engineer Maliki’s replacement by some allegedly preferable alternative are wrong-headed: Maliki’s list clearly won this year’s parliamentary elections, and there is no alternative figure around whom a (mythical) new “consensus” could form. (Question for those charging that Maliki should have been more “inclusive”: how can any Iraqi prime minister be “inclusive” toward an insurgency with literally thousands of externally supported foreign fighters?)

It is also imperative that U.S. policymakers rethink—and rebalance—their Middle East diplomatic strategy, in at least three critical respects. First, Washington needs to acknowledge the mistaken premises of its Syria policy—that Assad has lost the support of most Syrians and can be overthrown by externally-supported oppositionists—and recognize that ending the anti-Assad insurgency is essential to cutting off ISIS’s base in northeastern Syria.

Second, Washington needs to accept Tehran as an essential player in containing and rolling back ISIS’s multifaceted challenge and—as we have been advocating inside and outside government for over a decade—embed that acceptance in a broader realignment of U.S.-Iranian relations. It is crucial, though, that America engage Iran over ISIS politically—not, as some suggest, by U.S. warplanes covering Iranian foot soldiers in Iraq. (Most responsible officials and politicians in Tehran appear too smart to fall for such a “trap,” which would also play into al-Qa’ida’s grand strategy.)

Third, Washington must finally confront Saudi Arabia over its longstanding support for jihadi militants as a policy tool. Riyadh’s resort to this tool has proven serially damaging for U.S. interests; time has come for U.S. leaders to make clear to Saudi counterparts that their tolerance for it is at an end.

COMMENTARY: The rollback of Jihadist forces in Iraq and Syria will require military force. The United States possesses a tactical airpower capability second to none. It also possesses recent ties to ISF. For its part, Iran is currently directing a significant part of the war in Syria, and has ties to Syria's military and militias as well as Iraq's. Politically, Iran's ties to the Damascus and Baghdad governments are well founded. Thus mutual cooperation between the U.S. and Iran should provide the same level of success as that achieved during the build-up and initial phase of Operation Enduring Freedom. In fact, it offers something of a military and diplomatic blueprint.

Readers are encouraged to read the Leverett's policy advocacy piece in FULL. 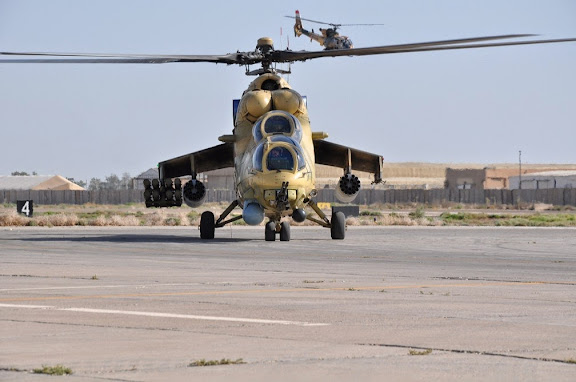 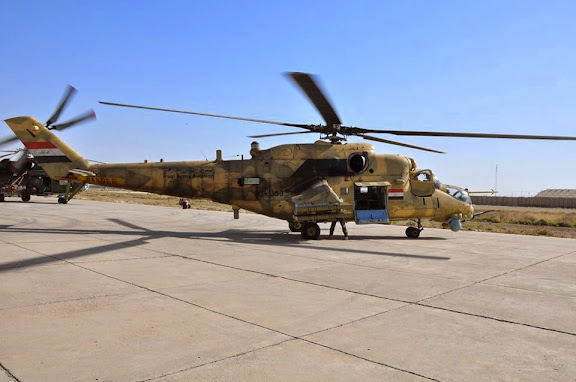 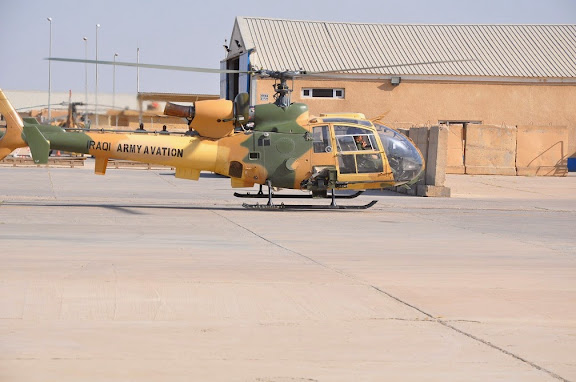 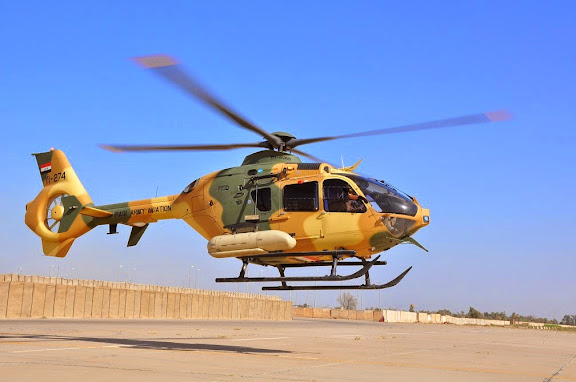 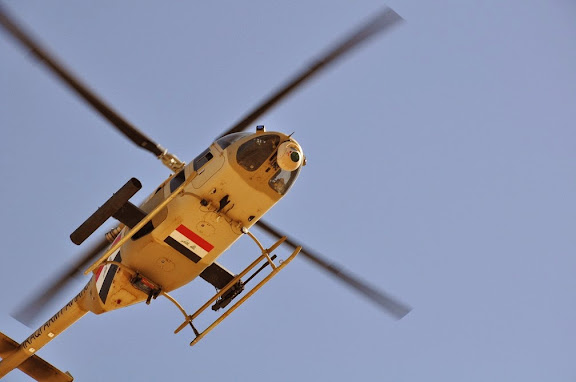 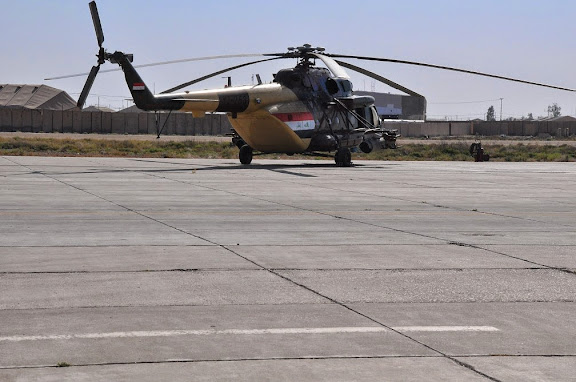 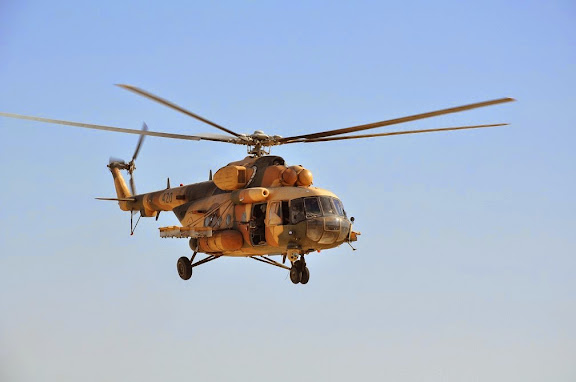 Iraqi Army Aviation is doing well and the flying is very good. They seem to have thrown even the Cessna Caravan into the fray. However, at this stage only 4 Hinds are operational. Iranian SU-25 Frogfoot would be more suitable at knocking out the terrorists soft-skinned Toyota Hilux pickups.

Iraq had received the first of four Russian-built Mi-35 'Hind' helicopters, according to Iraqi government officials and press reports in December.

The Iraqi government has ordered a total of about 40 Mi-35 and 40 Mi-28 'Havoc' attack helicopters from Russia, according to Iraqi Prime Minister Nuri al-Maliki.

The rest of the helicopters will arrive in batches over the coming weeks, according to the post. It looks like the Iraqis have mastered the Hinds quite well.

Iraqi pilots have ample experience with Russian types no matter fixed-winged or rotary. One must not forget than the accession of its military apparatus to US technology and training is only recent compared to legacy Soviet times, with most of its current equipment being newer generation models of old hardware they fielded for years, notably against Iran. That is why they asked a few years back the IRI to give back some of the aircraft types they had kept and integrated into their own inventory after Saddam sent them there for shelter at the eve of the 1st Gulf War. Of course, unsurprisingly the IRI , in dire need of the greatest number possible of assets and having put a lot of resources at mastering overhaul and upgrade project for the said material over the years, looked the other way.

! - misspelling alert !- WHERE IS JABBAR MD?

@ the third picture showing a sited SA 342 Gazelle light attack helicopter ,has a misspelling of the word aviation -hope Jabbar sees it and start slaughtering the Iraqi Government as having careless officials !!.

Plus 24 Apache helicopters of the latest version are on order.

You can add an unknown number of KA-52s to that list!

Iraqis are going for some mighty fine choppers.