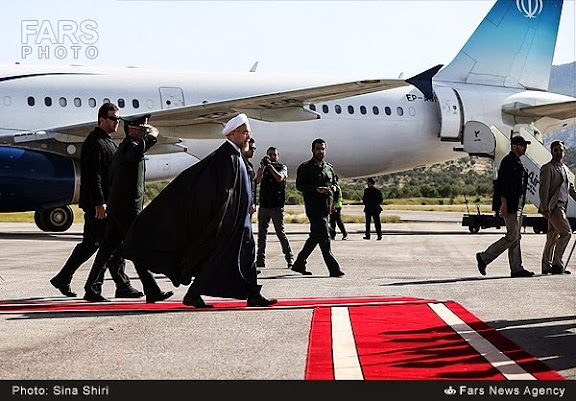 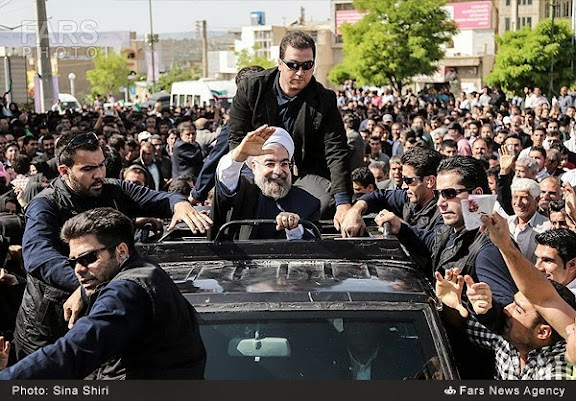 President driven through predominantly Kurdish-Iranian municipality aboard open-topped vehicle; a practice long discontinued in the United States based on security concerns. Note vigilant USSS-equivalents in blue/black. 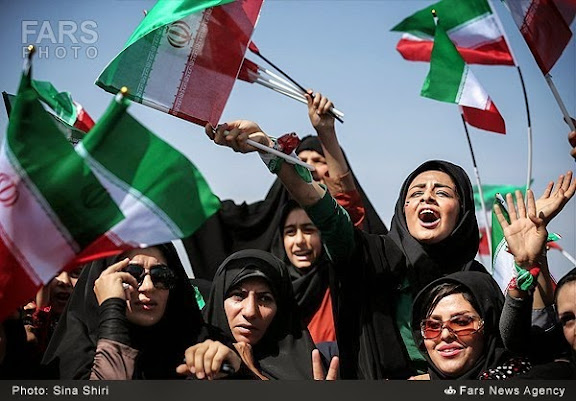 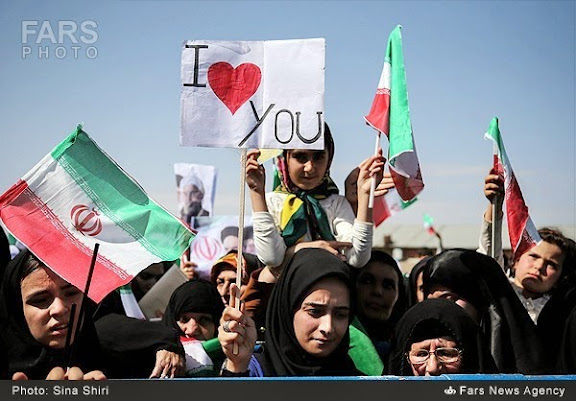 Photos: Sina Shiri at Fars News Agency
Posted by Mark Pyruz at 2:46 AM

Of course you have supporters of the IRI "presedent" when quarter of the IRGC army and their family members are located in Iranian Kurdistan. All stage managed by IRI propagandists for maximum coverage.