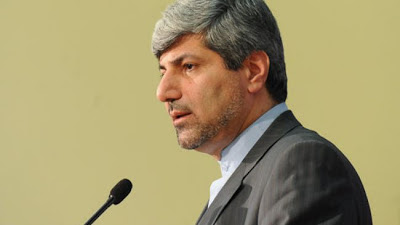 Iranian Foreign Ministry Spokesman Ramin Mehmanparast asked the countries in the region not to let their disagreement with Iranian policy on Syria harm their bilateral ties with Iran.

“Neighboring and regional countries should not base their relations with Tehran on developments in Syria,” Mehmanparast said in an interview with Iran’s official new agency IRNA.

“All countries will never reach a consensus on all international developments, since that would run contrary to human nature, but such differences should not undermine friendly relations,” Mehmanparast added. (IRNA, 17 March)

“The expansion of relations with regional countries, particularly our neighboring countries, is one of our top foreign policy priorities. We will do our utmost to utilize the enormous potential for cooperation with neighboring and regional states,” foreign ministry spokesman said.

THE LEARNED Iranian foreign ministry spokesman is saying the fact!.

Well, Nader, by the most recent recent vote at the OIC on the Syria situation, Iran has on its side Iraq, Lebanon and Algeria. Last time I checked those were "Arab countries."

Iranian foreign ministry is concerned about the situation for the right reasons. Turkey is part of the Turkey-Brazil team that proposed the nuclear compromise just two years ago which was widely hailed by Iranian leaders as a greatest diplomatic triumph and there were talks of an Iranian-Turkish alliance that could change the future of Middle East. The dogged support of Assad stopped that development. Then there are 22 Arab countries, including Palestine. You mention the name of only three countries that have similar policies toward Syria (although Iraq and Algeria are already floating ideas of a Syria without Assad). Here too not only relations were strained with a great majority of Arab countries, but with close allies like Hamas. Foreign ministry is correct to be worried!

Basically what he is saying is Assad is getting a good whooping by the free Syrian army and despite the full support of the Islamic fascists of Tehran his days are numbered ;o)

Basically what he is saying is,despite the full support the Islamic fascists in Tehran have given him.Assad is receiving a good whooping by the free Syrian army and his days are therefore numbered :o)

12:28
Exactly what is happening to Assad.
Getting his "Bollocks" kicked out :o)

the Assads have between 100 and 200 more days to either leave Syria or die.... without or without badly bruised bollocks.

this statement is the first step in Iran conceding that the Assads are going to have to go. now what Iran is going to do is to see how much can be salvaged in the aftermath and whether, along with Lebanese Hezbollah, Iran will be able to transport weapons on an overland route through Iraq and Syria after the use of the Syrian airports for funneling rockets to Lebanon is lost.