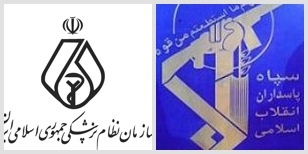 
The Medical Council of Iran is a non-governmental professional organization that oversees the practice of medicine and ancillary medical services in Iran (1). This body is responsible for setting rates, addressing medical malpractice, and referring members to various payer sources . It also issues credentials for physicians to practice medicine in Iran and provides various benefits to its members, including insurance, etc.

This professional body has over 200,000 members and a number of city chapters. The organization holds chapter and national elections every four years to elect their board of directors. The national board and the national president are elected directly by the house of delegates and the elections are overseen by an election committee.

This year's Medical Council election created headlines because the IRGC openly pressured the election committee to disqualify "all" reformist candidates, and the election went ahead with only IRGC approved candidates on the ballot. 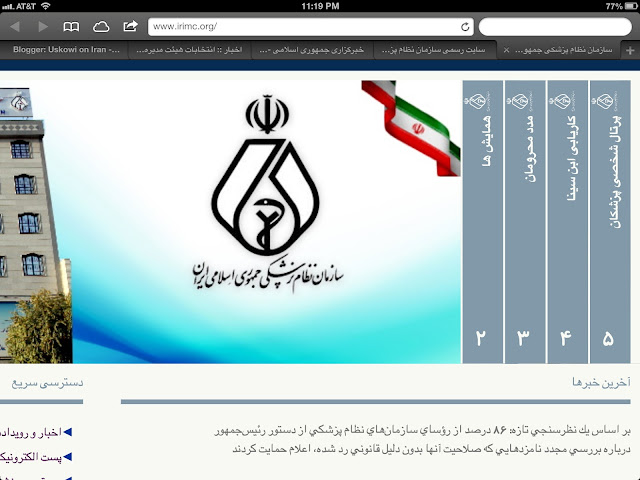 Mojtaba Zolnour, the assistant to the representative of the supreme leader in the Sepah (IRGC) shot back by criticizing the president, and others, for attacking the IRGC for "doing its job" to protect the Islamic Republic (2).

Mr. Zolnur made it clear that the IRGC's intends to ensure the proper vetting of candidates for upcoming elections, including the assembly of experts election (2). 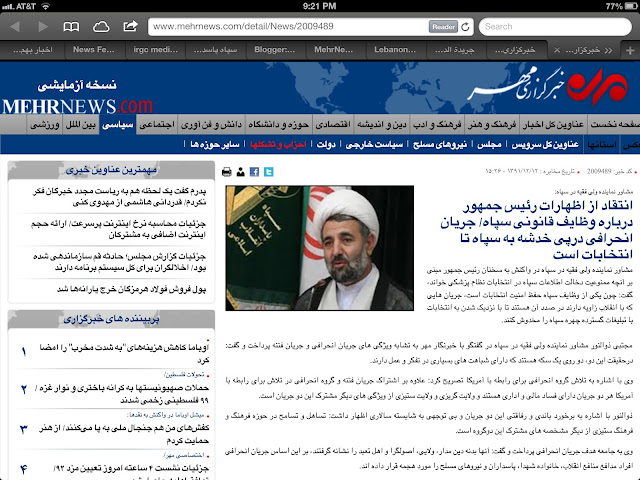 It appears that the IRGC is determined to control every aspect of every election in Iran with 100% efficiency, even when it comes to an apolitical body such as the Medical Council of Iran.

This episode of IRGC interference to limit the field of candidates should go a long way to shatter the illusion of democratic elections in Iran. There is no longer any doubt that the IRGC has, in practice, taken on the role of the supreme leader, the guardian council, and the police in today's Islamic Republic.

I'm sure the official IR figures on this year's "presidential" election turnout will show broad participation, but it is hard to imagine a heavy turnout when the ballots contain only the names of those meeting the approval of the IRGC.

The Iranian version of "Democracy", at best, allows for a free election out of a pool of conservative and not-so-conservative candidates, who are vetted for their loyalty to the "Dictatorship".

I wonder if Iranians are still willing to participate in this charade.

It's my understanding the disqualified candidates were not all "reformists" however that could have been discerned and reported.

I'm still waiting for you to offer a rebuttal using actual evidence to the Leverett's rendering of the 2009 election and/or a point-by-point refutation of the Brill analysis. So far a vocal minority particularly among the expat class have been crying foul about that election but every one shrinks from that challenge, even Trita Parsi. The Iranian election fraud story is a lot like the Birther movement that says Obama is not a citizen, and the story is just believed by those based on hate and emotion.

What election? There are no candidates, no programs, no people, no choices, no nothing ...

With respect to Mark, he is defending the indefensible. The IRGC has no business to interfere in the election process of a civilian professional body.

The Leverett's can go where the sun don't shine!
Trita Parsi as well as hateful people like you are the "vocal minority" Fanboys of the IRI theocracy.
As long as this regime exists there will be no real "elections".

The IRI's "elections" are a sham for the following reasons:

1) The most powerful figure in the system, i.e. Supreme Leader, can NOT possibly be popularly elected. For all intents and purposes, the Leader is a leader-for-life and can only be a male Shia cleric.

2) The Supreme Leader is assigned the most important powers of state and has effective veto power over all other actors in the system.

3) The candidates for "elections" are heavily vetted by the all-male, all-Khomeinist Council of Guardians.

4) One and only one line of political orientation, i.e. Khomeinist Islamism, is allowed (there are different factions of Khomeinists, just as Cuba, China, the USSR, etc had different Communist factions). All other, non-Khomeinist political actors have been executed, assassinated, imprisoned, or threatened into silence.

5) There are severe restrictions on freedom of speech, assembly, press, and religion.

Mark the fanboy never rebuts content demonstrating the scuzziness of the regime....because he can not.

instead he snakes around it either changing the subject (as he did here) or making idiotic attempts at comparison to legitimate regimes.....or he complains about the price of gasoline in California and parrots the specious claims of two twits named leverett

With respect to your off topic comments about the "leverett's", my views of your favorite book should be know to you by now. I based my view of the leverett's book on your review, Paul's and the NYT. I still haven't read the book. as I am not sure I want to contribute $$ to the pro-regime camp. In any case, even if they make a good point here and there in their book, I understand their general premise and I wholeheartedly disagree with it.

I like the NYT review and analysis of the book and that's why I posted some excerpts under "Goring to Tehran--or not!. I am still waiting to see what response you have to offer to the points made in that review. Saying that the analyst never went to Iran is not a valid rebuttal by the way, in case you use that.

If you still like a direct quote from me I refer you to a comment I posted on Paul's piece about the Leverett's book, The Persian Gulf Facade. here is a copy of that comment:

I find that the big picture seems to elude the Leverett's of the world and that is that Iran is not china, its more like Cuba. The US can ignore Iran, just like it did Cuba, for half a century and nothing bad will come of it stateside,

The other issue is that most Iranians would not forgive the US if it decides to go to bed with this regime at the expense of the Iranian people. Strategically, the US would be giving up long term relations with Iranians for the sake of appeasing a regime that is destined to disappear from the political map.

Last but not least, any short term gains resulting from normalization of relations are outweighed by many short and intermediate term negatives as Iranian policies are in direct contradiction to US interests at every turn, both regionally and globally. "