Strongest Words Yet; Guaranteeing Price Is Not Going Up Anytime Soon 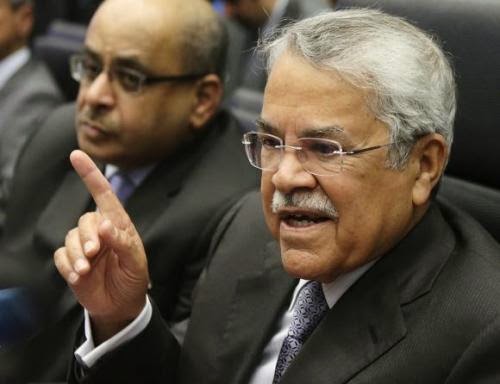 “If (non-OPEC producers) want to cut production, they are welcome. We are not going to cut, certainly Saudi Arabia is not going to cut,” said Naimi. He added that his country was “100 percent” not pleased with current prices, but they would improve, although unclear when. (Reuters/zerohedge, 21 December)

Naimi’s remarks, made on the sideline of a conference in Abu Dhabi, and echoed by UAE and Kuwait’s oil ministers, were the strongest signal yet that the kingdom will not cut the output to prop up oil prices, even if non-OPEC countries do, and will instead attempt to ride the market’s biggest slump in years. Those strong words would almost certainly guarantee that the price of crude is not going up anytime soon.

The crude supply is set to rise even further, with the U.S. output poised to hit a 42-year (if not historical) high in 2015. (zerohedge, 21 December)

At the same time global demand for oil will tumble due to slowing down in the growth of the Chinese economy, and with Japan and Europe facing a recession.

“The world is forecast to need less OPEC oil in 2015 because of a rising supply of U.S. shale oil and other competing sources, with no significant increase in world demand growth,” Reuters, quoting experts, reported today.

Prince Bandar during his last visit to Moscow proposed that Russia abandon Assad and Iran in exchange that the SA will buy Russian weaponry and that the SA will guarantee price of oil for the long future.

One can assume that he also might suggest, there will be something else if you don't accept our proposals......

So today Russia and the Islamic Republic are facing that "....or something else..." situation.