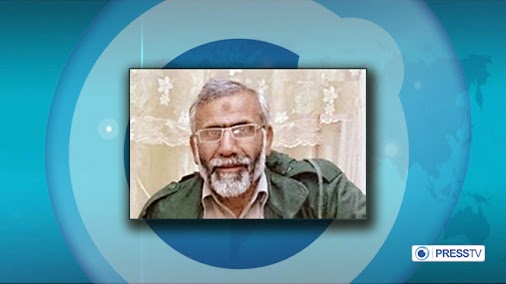 Gen. Taghavi was a veteran of 1980-88 Iran-Iraq war, commanding the IRGC’s Ramazan Headquarters during that war.

RIP for a an Iranian warrior. Two things are clear, Iranian commitment to fighting the ISIS terrorism plague is greater than reported in the western corporate media and most importantly, the Jange Tahmili veterans, now at general staff level are still not afraid to lead from the front, both in Syria and in Iraq.

Actually the extent of Iranian military involvement is not covered at all by the Iranian media, meaning the Iranian government does not want the media to cover Iran's role in Syria and Iraq. Until few months ago, the government was not even admitting that Iran was involved in those conflicts militarily. The western journalists had to follow the news of funerals of senior officers of IRGC to show the extent of Iran's involvement. It is the western press like the Washington Post here in this report, and not the media in Iran, that are giving us a better understanding of the topic. Let's hope this trend changes soon.

The regime knows it is a spent force and is willing to do anything including putting Iranian soldiers at risk in foreign lands to achieve its deadbeat causes.I say let the US and the useless Iraqi army deal with the Islamic terrorists in Iraq.