Update: United States Central Command denies cause of RJAF F-16 downing hostile fire from ISIL, in statement made without providing specifics of crash. 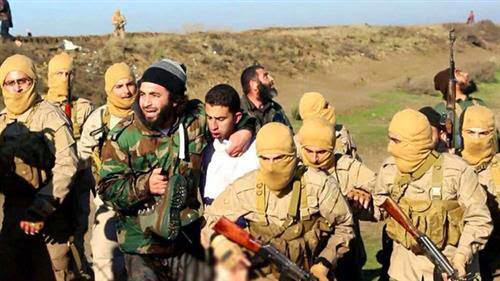 ISIL claims aircraft shot down with "anti-aircraft missile," possibly MANPADS. ISIL believed to have captured MANPADS from Syrian military stocks, and  also been known to acquire from Al-Nusra Front being passed on from Free Syrian Army source, originally provided through Qatari support. 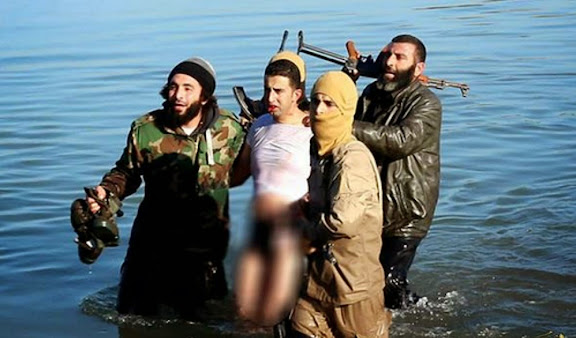 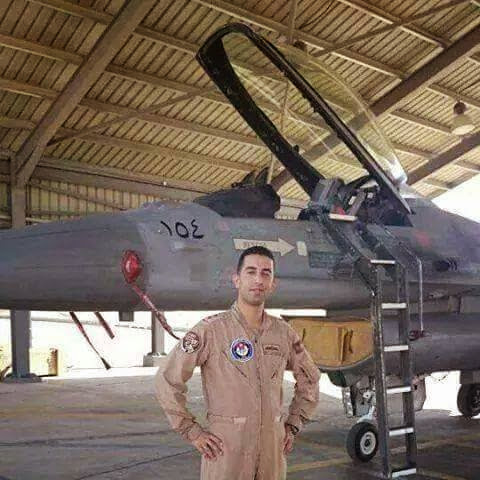 It's well known that ISIL has heaps of shoulder-fired heat-seeking missiles, commonly known as Manpads, short for Man-Portable Air Defense Systems. So the counter tactic is simply use the typical measures of flares and electronic warfare countermeasures plus also fly higher than the range of the manpads and drop bombs from high altitude. The common bomb used these days is 500-pound LJDAM GBU-54 on moving targets and first used here, and certainly larger bombs are also used depending on what the target is.
Reference, news article when those bombs were first used in Iraq.
http://defense-update.com/newscast/0808/270808laserguidedjdamdebutsiniraq.html#more

The Jordan pilot was flying an F-16 fighter which is a quite capable fighter plane and which would have had countermeasures against missiles. So ISIL had either obtained a new anti-air missile with a greater height range and to which the planes counter measures did not work, OR the plane must have had some mechanical fault which forced it to decend and crash. Maybe as the plane was going down to crash ISIL may have hit it then with an anti-air missile.

Loosing a plane due to a mechanical problem is a possibility and the pilot survived that, but I think he won't survive ISIL as they will more likely execute him.

ISIL also captured SAM 6 mobile batteries from Iraqi and Syrian bases and the F-16 is quite vulnerable to them and MANPADS if ECM and chaff is not deployed properly by an experienced pilot. The combination of SAM and AAA in ISIL inventory is bad news for any airforce operating in the region. Syrian and Iraqi forces have also been steadily losing fixed wing and rotary aircraft for the past 3 years and the now the threat is more pronounced due to proliferation of SAMS and the ability of various groups to use them.

It's very possible that one or more of the advanced MANPADS were used to shoot it down. Few aircraft can fly outside of their range, since they can hit targets up to an altitude of 7,000 meters. Also, those MANPADS are equipped with seekers that can resist jamming by certain variants of flare. Besides, we don't know if this individual aircraft carried any ECM pod for his mission.

Russian: 2К12, or NATO reporting name: SA-6 "Gainful", is a low-to-medium-level air defence system. Flying at low-to-medium-level would be putting the plane and pilot at risk of being shot down, so its best to fly and drop munitions from a high level as not even the SA-6 could reach the plane.

ISIL has shot down Syrian government warplanes and helicopters plus Iraqi helicopters, as they probably were flying at low-to-medium-level. But this is the first of the US and coalition countries planes to be possibly shot down and collectively those coalition countries since they began bombings on 8th August 2014, and they have done hundreds of airstrike missions over Syria and Iraq. The US alone and just in Syria the US has done 488 airstrikes missions. It appears that they are flying at high level and are using 500-pound LJDAM GBU-54 on moving targets from a high level. Considering the height, targeting, bomb size and accuracy required to hit moving targets it appears that their technology in using those Laser GPS bombs has improved, and this when not risking their planes and pilots.

I just found some more information which may help, and ISIL did take many truckloads of assorted weapons and munitions from Iraq to Syria, including SA-6 that could be moved.

Several SA-6s, along with other SAM systems and military equipment, were supplied to Iraq before and during the Iran-Iraq War as part of large military packages from the Soviet Union. The batteries were active since the start of the war in September 1980, scoring kills against U.S-supplied Iranian F-4 Phantoms and Northrop F-5s.

Kub systems were active again during the 1991 war. On January 19, 1991 a USAF F-16 (serial 87-228) was shot down by an SA-6 during the massive (though ill-fated) Package Q Strike against a heavily defended Baghdad. It was combat loss number 10 in Operation Desert Storm. The pilot, Captain Harry 'Mike' Roberts, ejected safely but was taken prisoner and freed in March 1991. The aircraft was on a mission to attack the Air Defense Headquarters Building. It had flown 4 combat missions before being lost.

In any case, the SA-6 threat was largely controlled by Allied EW assets together with the older SA-2 and SA-3 missile systems. Most of the losses were due to IR guided SAMs.

Kubs continued to be used by the Iraqi military, along with other SAM systems, to challenge the Western imposed no-fly zones during the 1990s and early 2000s. They weren't able to shoot down any Coalition aircraft though several sites were destroyed as retaliation. For example, on December 30, 1998 an SA-6 site near Talil fired 6-8 missiles at aircraft enforcing the Southern Watch component of the NFZ. American F-16s responded by dropping six GBU-12 laser-guided bombs on the site and also launching two HARMs "as a preemptive measure" to warn Iraqi radar operators against carrying out more firings.

Look at the tactics used by the NATO or allied aircraft in Libya, that is being repeated in Iraq and Syria against ISIL. ISIL's SA-6 air defence system appears to be useless just like in Libya, and I think that the Jordan plane probably may have been shot down when it had decended from a high to a low-to-medium-level due to a mechanical fault.