The 935-kilometer Uzen-Bereket-Gorgan line is now the shortest railway connecting the three nations, making for faster transit times. The line is 1520 mm gauge as far as Etrek, with the Iranian section of the route being standard gauge. In Iran, the railway enables linkage to the national network, making its way to the ports of the Persian Gulf.

KTI railway line is initially forecast to carry five million tons of freight per year, with 10-12 million tons per year expected in the longer-term. 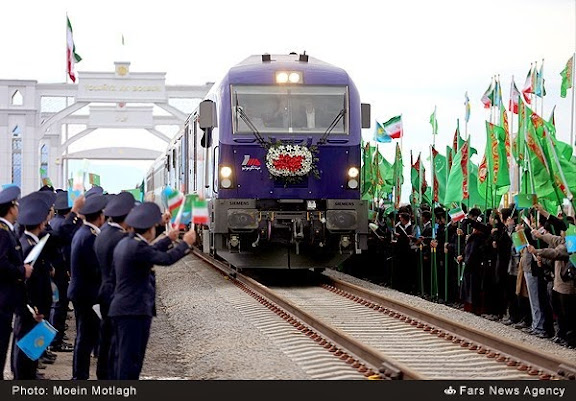 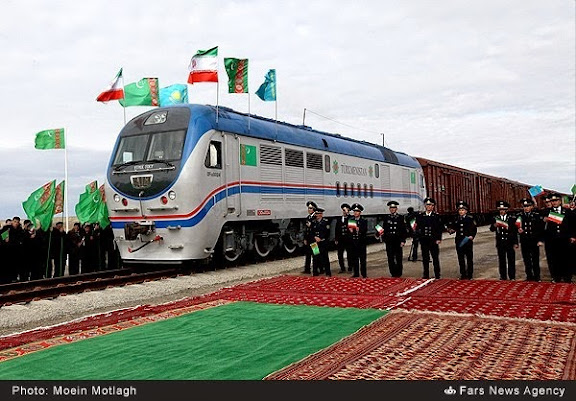 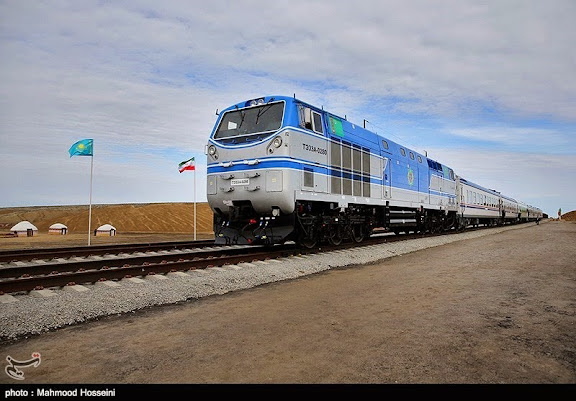 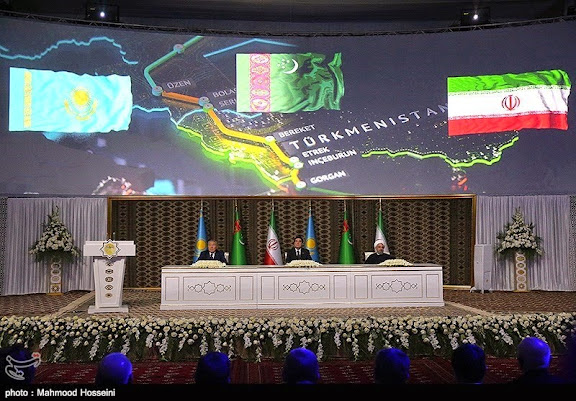 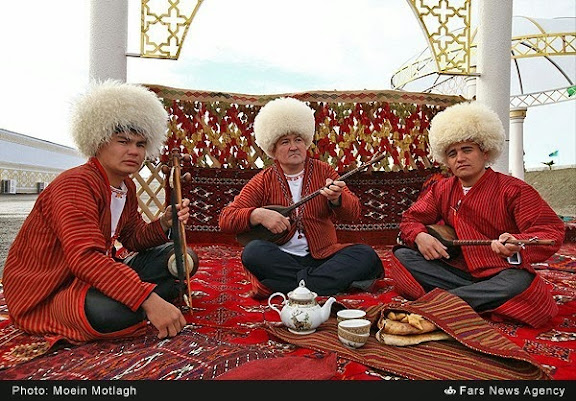 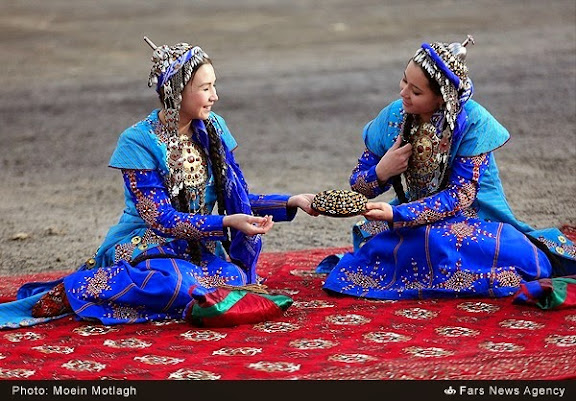 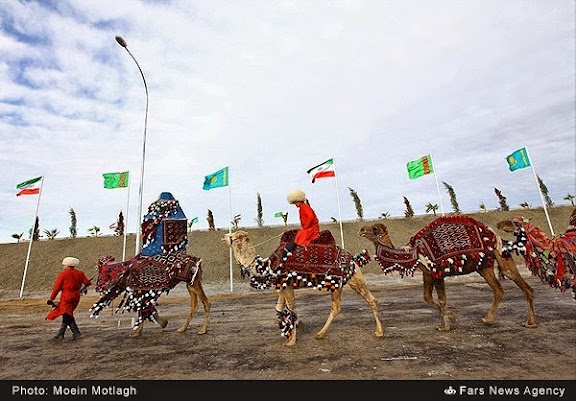 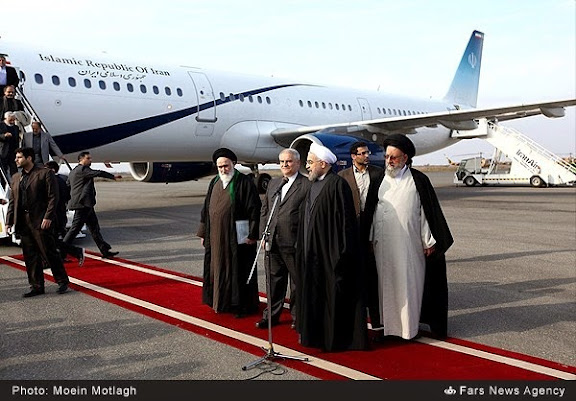 Photos: Moein Motlagh at Fars News Agency and Mahmood Hosseini at Tasnim News Agency
Posted by Mark Pyruz at 3:00 AM

the differing gauges is a measure of just how little the nations trust each other.

and they're correct not to.

on a positive note, great hats on the women and nice rugs on the camels...... and the iranian guys with Rouhani seem to be really well fed ...each with a nice fat belly.

It has nothing to do with Trust! Different Gauge is a Russian / Soviet Union legacy and has been used now for more than 100 years! It is the second most used Rail Gauge used in the world. Iran uses the standard Gauge which is the most common on the planet.Turkmens and Kazakhs are not going to change their track gauges because of connections to Iran or Vice Versa.

What is the implication of having different rail gauges? That Iranian locomotives can't travel on Turkmen and Kazakh rail lines?