Russia Raises Interest Rate to 17% to Shore Up Ruble – Rial Tumbles to 35,000 against the Dollar 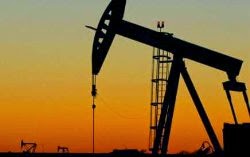 Oil prices continued falling today, with Brent crude closing at $60.51 a barrel. A Bloomberg survey of 17 oil analysts on Sunday showed they expect the prices slide to as low as $50 a barrel in 2015. The UAE oil minister said today in Abu Dhabi that OPEC would not intervene by limiting output even if the price hits $40 a barrel.

In Russia, the plummeting oil prices caused the ruble tumble past 64 against the dollar for the first time. In January, the rate was 33 rubles per dollar; meaning the national currency has lost half its value this year. Russia has spent $80 billion of its foreign-exchange reserves in an unsuccessful attempt to prop up the ruble.

The Russian Central Bank, after an unusual early morning emergency economic meeting in Moscow, announced at 1 a.m. local time on Tuesday that it would raise its key interest rate to 17 percent from 10.5 percent, effective Tuesday, to shore up the ruble. The 17-percent interest rate, although it could strengthen the ruble in the short term, could significantly slow the country’s economy, which is already under sanctions for Crimea annexation.

The economies of Venezuela, Nigeria, Iraq and Iran are also under severe pressure from the falling oil prices. Venezuela might not be able to pay loan payment of more than $21 billion in 2015, which will force the country into default. Nigeria has devalued its currency to lowest levels seen. And Iranian currency rial today traded at 35,000 against the dollar, a loss of 20 percent in value since January. Iraq, in the midst of a growing war, can also ill afford the $60 oil.