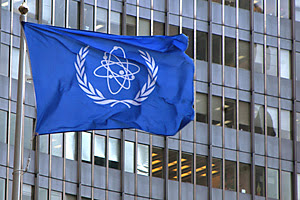 This past week an open source debate has emerged over the IAEA's failure to accept Iran's recent offer of inspecting Marivan, a source of PMD concern identified by previous IAEA report in 2011.

Mainstream media sources have merely provided a superficial rendering, with references toward another source of PMD concern at Parchin.The current debate encompasses the mandate of the IAEA, and past sources of PMD concern that upon further developments or offer of inspection nevertheless remain without update on subsequent IAEA reports.

Below is a suggested reading list offering both sides of the debate, including background links provided by one of the participants:

The IAEA Faces a Major Credibility Test by Robert Kelley

Why Hasn’t the IAEA Followed Up Iran’s Inspection Offer? by Gereth Porter

What is the Quality of Scientific Evidence Against Iran? by Dan Joyner

The Parchin Puzzle by Robert Kelley

A Graphic Distraction by Yousaf Butt and Ferenc Dalnoci-Veress

The Case of the “Missing” 19.8 kg of Iranian Uranium by Dan Joyner

A Cautionary Tale: How the Mistaken Claims of One Hawkish Think-Tank Put at Risk the Prospects for a Nuclear Deal by Tyler Cullis

Why Is the IAEA Getting Iran Wrong? by Yousaf Butt
Posted by Mark Pyruz at 2:28 AM