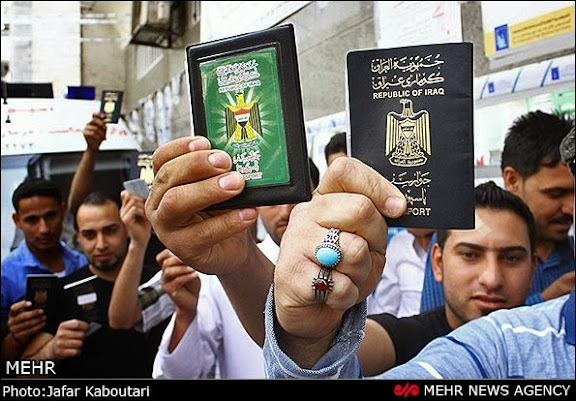 Young Iraqi Shia pilgrims in the holy city of Mashhad line up and present personal documents to vote in Iraq's 2014 parliamentary elections. 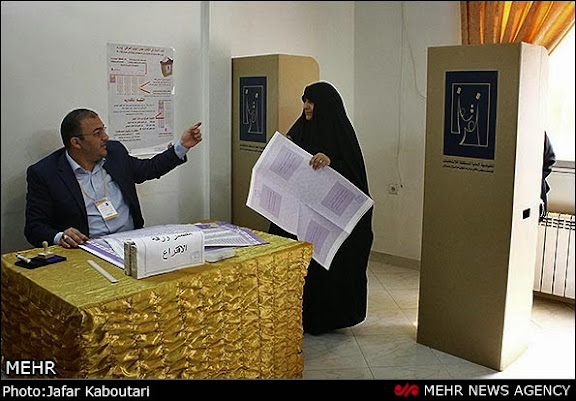 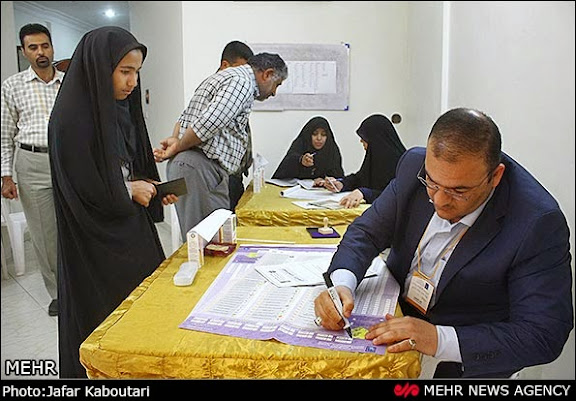 Young Iraqi woman, passport in hand, having a ballot readied by an election worker 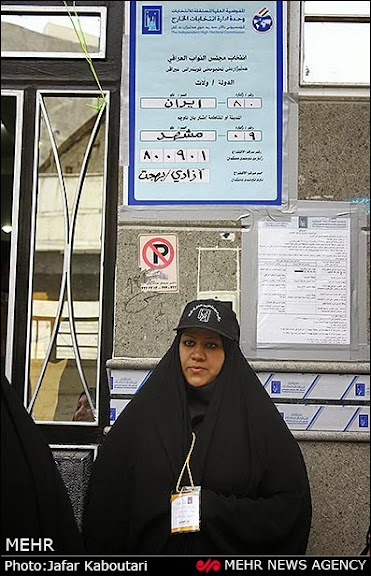 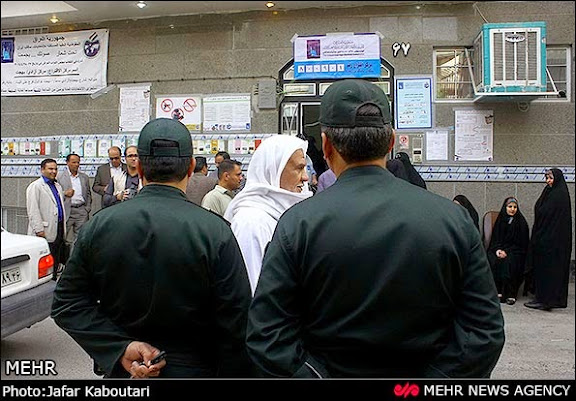 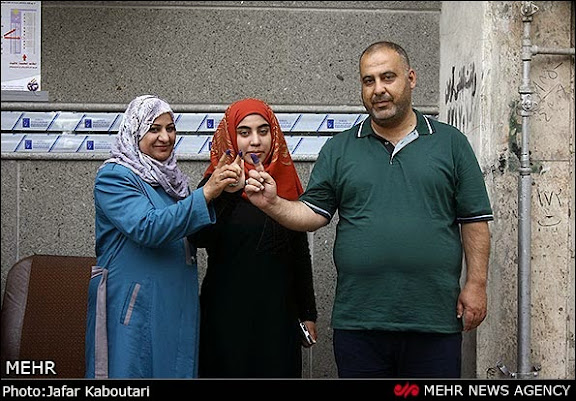 A family of Iraqi pilgrims display inked fingers, having voted at an Iraqi parliamentary election center in Mashhad, Iran. Back in their homeland, armed groups opposing participatory political institutions in Iraq (and Syria) are waging a war of terror, principally supported by a regional power lacking both a constitution and representative form of governance.