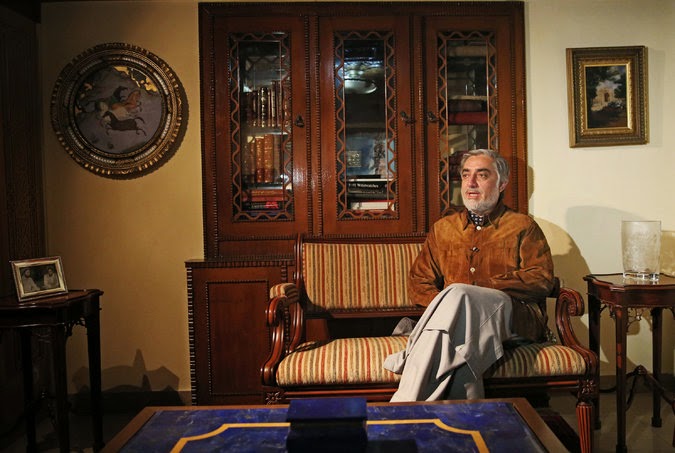 Abdullah Abdullah, a longtime opponent of Afghan President Hamid Karzai, emerged Saturday as the clear front-runner in Afghanistan’s presidential election. In preliminary results released today, Abdullah had won 45 percent of the vote, not enough to avoid a runoff with Ashraf Ghani, a former World Bank economist and a Karzai advisor, who had won 32 percent. (The New York Times, 26 April)
Abdullah, if he wins in the second round, would be expected to sign bilateral security agreement with the United States. He has been a harsh critic of Karzai on the issue, saying Karzai’s refusal to sign the BSA had imperiled Afghanistan’s security in the midst of a war. U.S. and NATO have said without the BSA, they would not retain any troops in the country beyond their major drawdown of forces in December.
In a sign of alignment of U.S. and Iranian interests in Afghanistan, Iran was also seen as favoring Abdullah’s presidency.
Photo credit: Abdullah Abdullah, shown at his residence in Kabul on Thursday 24 April 2014. (The New York Times)