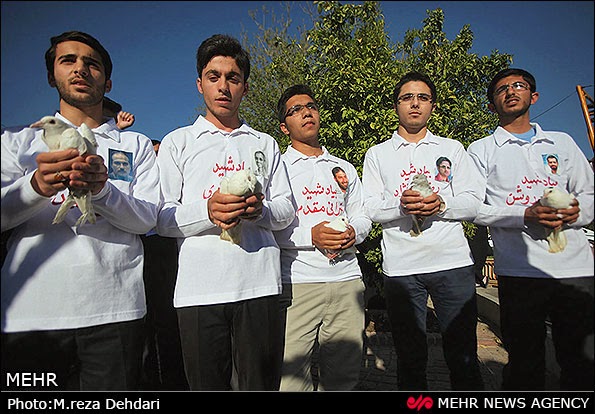 Iran commemorated National Nuclear Technology Day today, marking the eighth anniversary of its mastery of nuclear cycle, from uranium mining to its enrichment to its conversion for use in power reactors. (Mehr News Agency, 9 April)

The technology can also produce fissile material for nuclear weapons, with Iran insisting that it would not take that route. The negotiations underway in Vienna are to find ways to ensure that Iran would abide by that pledge.

A group of young Iranians, pictured above, participated in the Nuclear Day ceremonies holding doves in their hands to emphasize the peaceful nature of the country’s nuclear program.  They also wore shirts with the photos and names of the five nuclear scientists that have been assassinated by the Israeli agents during this period.

It's all part of the job.LOL!