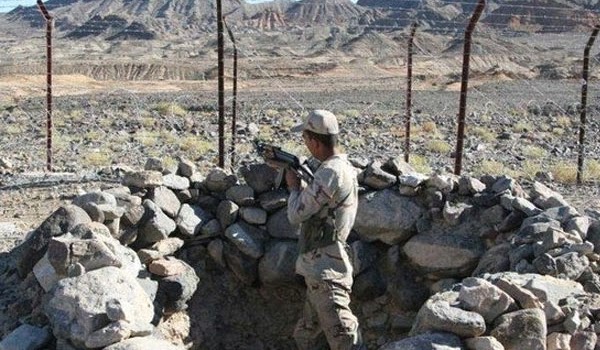 Gen. Zolfaqari did not elaborate what particular threats the guards could be confronting in near future. The New York Times, however, reported that the security situation in Iraq was deteriorating, with Sunni insurgents closing in on western outskirts of Baghdad.

The ‘Eqtedar 3’ exercises could probably mean that Iran is concerned of any spillover effects of the security situation in the neighboring Iraq.

off-topic, but of interest

GOOD riddance for a prince of terrorists - HE must stand trial at the HAGUE !!.

So must your dear fundamentalist benefactors

A bit rich coming from a person that supports a terrorist regime. And you out of all people asking him to be put on trial at the Hague which according to people like yourself is an "Zionist entity".

Khomeini ate dirt and croaked way back in 1989.... not long after having drank from the poison chalice (his own metaphor for his defeat in the war). The vile cleric said that he envied the hundreds of thousands of people that had departed this earth thru martyrdom. 80% + of whom had been manipulated into shouldering the burden of his personal vendetta with Saddam thru the prolonging of the war.