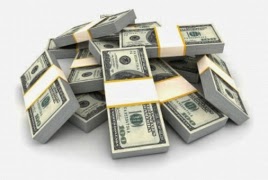 The Wall Street Journal reported today that Iran has been unable to withdraw much oil revenues under its interim agreement with the world power, the so-called Joint Plan of Action (JPOA.) The Journal based its reporting on interviews conducted with dozen Western and Iranian officials and diplomats, bankers and lawyers with knowledge of the issue.

Under JPOA, $4.2 billion in payments for Iranian oil imports locked up in accounts in the importing countries were to be freed up on monthly installments. However, Iran has been difficulty tapping the unfrozen revenue because financial institutions “remain fearful they could violate tight U.S. financial sanctions, especially while the outcome of talks on a final nuclear deal remains uncertain,” the Journal reported.

Iran’s difficulty to withdraw its unfrozen funds could hurt Rouhani/Zarif team politically inside the country. It would show them as incapable to deliver what they had presented to the public as a victory in guaranteeing Iranian interests during the negotiations that led to signing of JPOA. The $4.2 billion in unfrozen oil revenue was the major part of the JPOA package of sanctions relief, which is worth around $7 billion.

On 3 February, the first payment of $550 million in unfrozen oil revenue was transferred from a Japanese bank to Banque de Commerce et de Placements, or BCP, in Switzerland. As of Wednesday, the funds hadn't been withdrawn, the Journal reported. A senior U.S. official told the Journal that three tranches, worth $1.55 billion, have been released—“meaning the U.S. has legally informed banks holding the money it is no longer subject to sanctions.” The U.S. plans to unfreeze another $1 billion over five days starting Wednesday.

“We have done everything we made a commitment to do,” the senior U.S. official said late Friday. “Our teams have been working very hard to facilitate everything that was required.” (The Wall Street Journal, 6 April)

“After years of restrictions, ‘financial institutions are very careful when it comes to Iran and, before doing something, want to be reassured 1,000 times,’” a Western diplomat told the Journal.

Difficulties by Iran to tap into the unfrozen funds could hinder progress for the final comprehensive agreement.

The regime needs to be starved.

If us can't solve the problem negotiations will die

Wow,the Islamists have truly made Iran so "independent". They can't even receive Iran's money from its oil sales. Those people should return to their mosques and funeral services.

A particular country has reserved the right to hold off another country's cash reserves. Quite a perplexing situation.

AnonymousApril 7, 2014 at 2:09 PM
No,that was your good friends in the west who chose to do that,as I`m sure you very well know

You are dead wrong! It is the self inflicted grave digger regime in Iran that has put these woes upon itself. You reap what you sow.