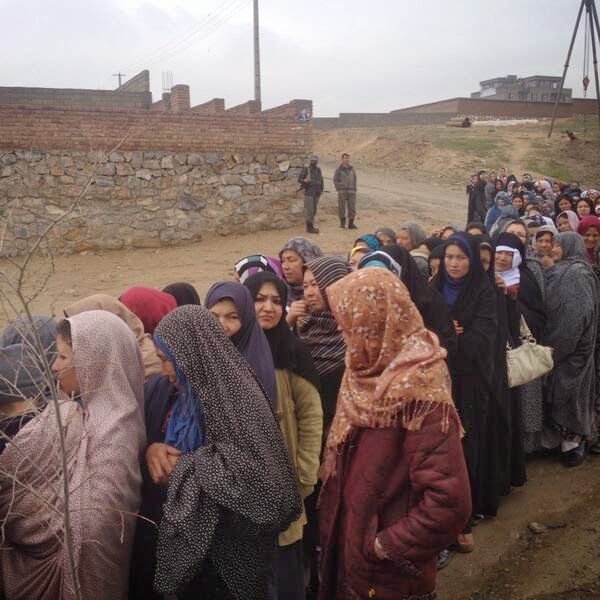 UPDATE: Voting in the landmark presidential election came to a close after an hour of extension on Saturday evening. Despite threats by the Taliban, no major security problems were reported in the country. 58% of eligible voters reportedly cast ballots. The high voter turnout beat everyone's expectations. This is a major victory for Afghan people. Now vote count begins.

Polls are now open for the first democratic transition of power in Afghan history. The Afghans are defying Taliban threats, and rain and cold, and are heading to the polls in large numbers on the Election Day 2014.

Following are the leading candidates to replace Hamid Karzai.


If no candidates receive a majority of the votes on 5 April, the election will go to the second run between the top two vote getters, which is the likely scenario. In that case and in all likelihood, Abdullah will face Zalmay, barring a late surge in support for Ashraf Ghani. Ismail Khan is then expected to support Abdullah against either Zalmay or Ghani.

Aside from Ismail Khan, Mazar Governor Ostad Atta and Gul Agha Sherzai, former governor of Nangahar and Kandahar and a candidate for president himself, are also expected to support Abdullah, which will give the only non-Pashtun candidate a real chance to become the next president.

Meanwhile, my Afghan friends tell me that although Abdullah is receiving support from Iran, he is upset that the Iranians are hedging their bets and are supporting all the other leading candidates!

All the four leading candidates discussed here have pledged to sign the Bilateral Security Agreement (BSA) with the United States, which would allow the U.S. to keep thousands of military advisors, trainers and support elements in the country after its drawdown by year’s end. 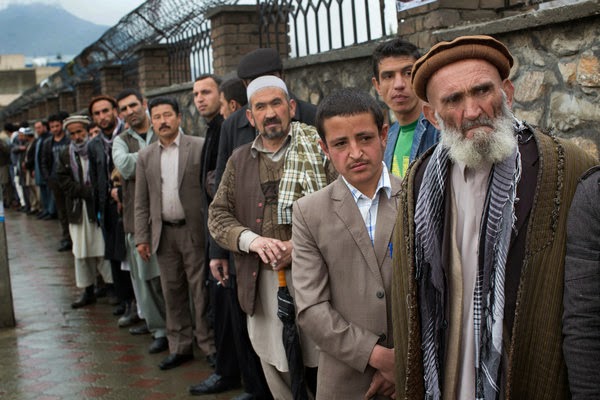