Citing Concerns It Could Be Overrun by Insurgents 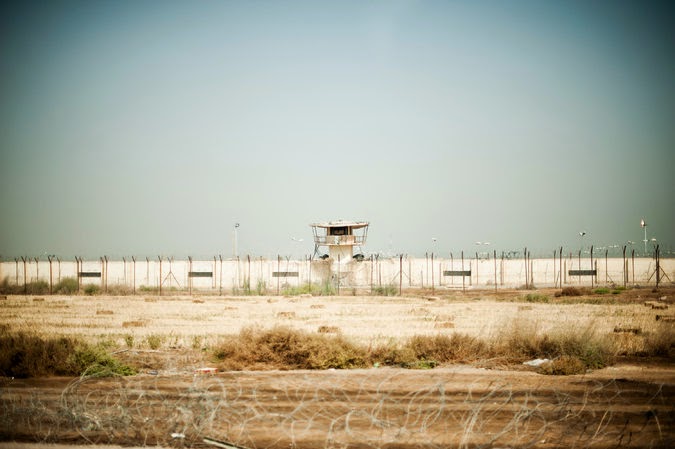 The Iraqi government said Tuesday that it had closed the Abu Ghraib prison because of fears that it could be overrun by Sunni insurgents. Iraqi Justice Ministry said it had moved 2,400 prisoners to other high-security prisons in central and northern Iraq, the New York Times reported today.

The Islamic State of Iraq and Levant (ISIL) captured Fallujah, in Anbar province, early this year. The Times is also reporting that the insurgents are in control of other areas in Anbar, including sections of Ramadi. If the insurgents are feared to overrun Abu Ghraib, they must be moving from Anbar toward western outskirts of Baghdad.

The Iraqi Army announced weeks ago it was ready to recapture Fallujah, but the Times report shows not only the insurgents are in control of the city three months after its captured, but they are also controlling sections of Ramadi and other areas in Anbar. And now they are threatening Abu Ghraib and western outskirts of Baghdad, which is home to Baghdad International Airport.

The worsening security situation in Iraq is especially troubling considering that the country will be holding its all-important parliamentary election on 30 April. Under the Iraqi constitution, the parliament chooses the prime minister. Maliki has served two terms and apparently wants to stay on for a third term.

Once the most prosperous country in the Middle East and no less the leading nation among the Arab world, is now a breeding ground for terrorism because of the ongoing tug of war between Saudi Arabia and Iran through proxy. Both countries are conducting unlawful infiltration and have a hand in Iraqi socio-political life.

Iraq's sole remaining problem is its lingering association with Iran. Maliki has to go for that reason.

All mulllahs in Iran should go and live in southern Iraq. I'm sure the Iraqi Sunni will give them a cracking welcome :o)