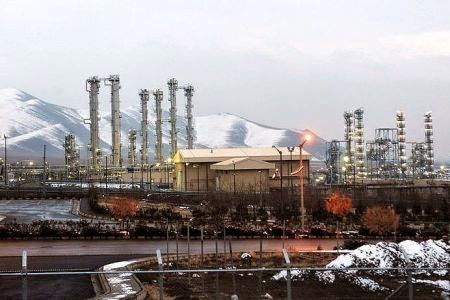 Ali Akbar Salehi, the director of Atomic Energy Organization of Iran (AEOI), said today that Iran has made a proposal to the world powers that would significantly lower plutonium output at Arak (IR-40) reactor.

“In our plan, we explained that we would redesign the heart of the Arak reactor, so that its production of plutonium will decrease drastically. They (P5+1) were surprised when they saw our scientific and logical reaction,” Salehi said. (Press TV, 10 April)

The future of Arak reactor, which is still under construction, has become one of the major issues in negotiations with P5+1. As it is currently designed, Arak is a heavy-water reactor fuelled by natural uranium with 40-MW power capacity. With the present specifications, the reactor would yield about 9 kg of plutonium annually, enough for building a nuclear weapon each year.

A “drastic” redesign of the reactor, what Salehi was referring to, could entail changing the fuel from natural to enriched uranium and lowering its power capacity to below 10-KW. Such changes would drastically lower the reactor’s plutonium yield. The Iranians could still use the reactor for research purposes, which has been their stated purpose, and the P5+1 could be assured that Iran will not have a plutonium route to building nuclear weapons anytime soon. The reactor could also be converted into a light-water unit to further limit its plutonium yield.

and not a sufficient amount. Iran will not have the sanctions lifted if they attempt to produce and control ANY plutonium.