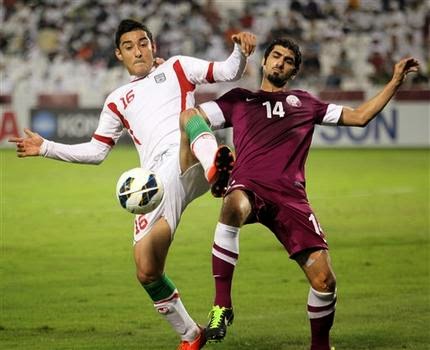 AP’s John Duerden has ranked five top Iranian players in this year’s FIFA World Cup in Brazil, which will start on 12 June, with the final on 13 July.

Several players are based in Europe, with plenty of top-level international experience. Forward Reza Ghoochannejhad was born in the Netherlands and plays in England, while winger Ashkan Dejagah was raised in Germany and spent much of his career in the Bundesliga before moving to Premier League club Fulham. Goalkeeper Daniel Davari was born in Germany and plays in the Bundesliga.

Combined with Javad Nekounam, the team's captain and one its most experienced players, Duerden says that Iran “will need to come together as a team to have any chance of making it out of Group F.”

Here are five players to watch: