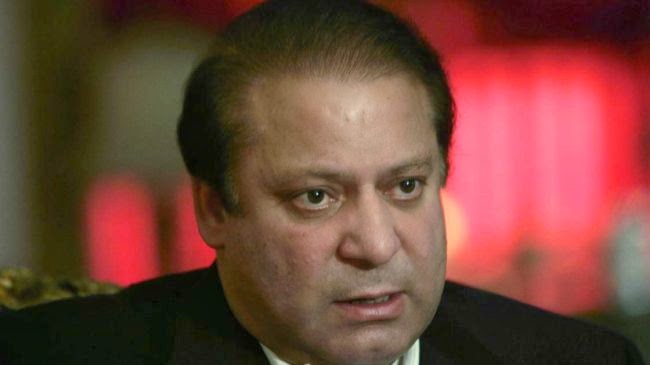 Pakistani Prime Minister Nawaz Sharif will pay an official visit to Iran in May to hold talks with Iranian authorities, Pakistan’s foreign minister, Sartaj Aziz, announced today. The exact date of the visit has not been set yet. (Press TV, 2 April)
Aziz, who is also the country’s national security advisor, said today that the premier’s visit will aim to improve Tehran-Islamabad relations. He added, “the balance of the relationship among Iran, Saudi Arabia and Pakistan is crucial.”
Sharif’s visit will come at a time of heightened tensions between the two countries. In February, the militant Baluch group Jaish ul-Adl kidnapped five Iranian border guards and has since announced the execution of one of them. The Iranians believe the group is holding its hostages inside the Pakistani territory, with Pakistan not doing enough to find them. There are also suspicions by the Iranians that the Pakistani intelligence service, the ISI, might know more about the location of the hostages than publicly reported. Pakistani officials have said, however, that the NAJA border guards are not kept in Pakistani territory.

Earlier this week, IRGC took over the responsibility for the security of Baluchistan and its borders with Pakistan, and it is expected that the IRGC will now conduct long-term anti-terrorist operations in greater Baluchistan against militant Baluch groups who hold sanctuaries on the Pakistani side of the border.
The IRGC has been similarly operating in Kurdistan for many years, in an ongoing fight against the Kurdish militant group PJAK. Baluchistan will become the second front for the IRGC inside Iran. Externally, its Quds Force is actively involved in the Syrian civil war.

It is also expected that the IRGC Special Forces, the Saberin, and other elements of IRGC ground forces stationed in Baluchistan, start a search and rescue operation to find and free the remaining hostages, which would entail a military incursion inside Pakistan.

Aside from the recent kidnapping, Iran is generally concerned with the rapid rise of Sunni extremism in the region, especially in its neighboring Pakistan and Iraq. And it regards Saudi Arabia as the main force behind it. Interestingly, the Pakistani foreign minister referred to a need to "balance the relationship between Iran, Saudi Arabia and Pakistan." Sharif’s visit comes at a delicate moment in the relations of the two countries.

Why does Iran insist on holding a tight grip on Baluchistan? Minimal effort has been put forth by the central government in building up the eastern province. The revenues have not benefited the Baluchis one bit. All that oil money has gone into developing all other parts of the country. So just let the Baluchis have their own autonomous region with all the rights that such a status would emanate. Baluchis need to be allowed to partake in the decisions making processes in Tehran. They must be given more seats in Majlis. The whole sitaution is very reminiscent of the conflict between the Ba'athist regime in Baghdad and the Kurds in the north.

Baluchistan has been part of Iran since Cyrus the great over 2550 years ago. So what part of this corner of Iran has it been forced to "holding a tight grip" ? Maybe you should take a grip on yourself and accept that Iran isn't for separation despite the anti-Iran regime and its minions wishes.

number of seats is proportional to the population. Baluschs are around 1-1.5 million so they have few seats

Nawaz Sharif is the Saudi puppet in Pakistan. albeit with no power as the corrupt sell-out military and the nefarious ISI are the real kingmakers.

There is no such thing as an Iranian occupied Baluchistan. It's like saying that ones arm doesn't belong to ones body.

You might as well say that Iraq or Turkmenistan should go back into Irani possession. I'm sorry pal, it doesn't work that way and as such it's a lame argument. A part of the original Baluchi homeland was gifted to the Pahlavi dynasty by the British and was co-joined with the province of Sistan which is native Persian land. Some of Baluchistan lay in Pakistan and some of it in Afghanistan. Infact the Iranian term "Sistan-Baluchistan" derives its name from a synthetic creation.

Hopefully he will talk some sense into the Iranis.

We don't need Iraq and its problems. But it will be good for all the mullahs after their downfall to go and live there. So please don't strain yourself over this matter,because whether you or anybody else likes it or not Baluchistan is a part of Iran zamin period.