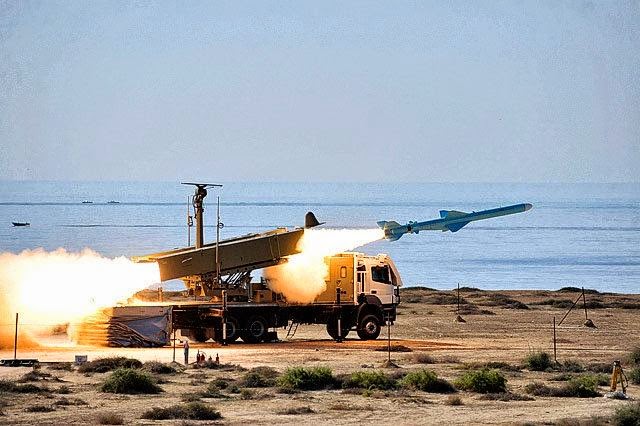 Michael Codner, a senior research fellow at RUSI Defense Systems, discussing the future of cruise missile capabilities in the Gulf, said, “Iranian cruise missiles are predominantly anti-ship and used for coastal protection, but it is not difficult to change their role either temporarily or permanently.” (INEGMA, 28 April)

Iran’s cruise missile program is developed on Chinese technology, and the conference participants emphasized that China is and will be a “benchmark” for future capabilities in Iran.

“Chinese cruise missile development will give a key indication as to what is likely to be available to Iran,” Codner said. “It would be wrong to assume that China will be an automatic ally to any adversarial power in the Gulf, but it is a benchmark for future threat capabilities.”

Rear Admiral James Loeblein, deputy commander of U.S. NAVCENT, said, “When short distances are combined with proliferation of advanced cruise missiles and ballistic missiles, the maritime environment can be exceedingly complex… But it also provides us with a tremendous tactical advantage by compressing the opposition's command and control timeline.”

File photo: Iranian “Ghader” cruise missile, which can be launched from shore, sea and air. (FNA)
Posted by Nader Uskowi at 9:22 AM

Pretty much confirms longstanding observations emanating from the defense community for almost a decade now, ranging from anonymous enthusiasts, blog owners and other mainstream outlets, to more specialized, dedicated, "professional" websites such as Jane's, that have looked into assessing Iran's most probable source of military-industrial know-how, its doctrine, future orientations and development axis in general.

This conference's main assertion basically makes a de-facto acknowledgement of more than a significant degree of self-sufficiency for the country's R&D and mass production abilities while noting that the country still retains a clear level of dependency to their Chinese "allies" at least in an indirect way. Indeed the Iranian defense establishment has been so far known to be involved with the Chinese at several levels, would it be in regard to the strengthening of its relevant academic base and its related organization, as well as in terms of infrastructure and machine tools for the purely technical aspect of their unofficial cooperation schemes.

That kind of relationship will only grow overtime as the sanctions regime eventually wanes away (though not a done deal yet) and more importantly as the geopolitical lines become clearer and clearer between the US and China/Russia and Iran becomes consequently more and more crucial as an asset in the Middle-East in the eyes of the two reemerging powers to slow or outright stop Washington continued drive for supremacy through the hard times of its hegemony crisis.

Please use the correct term Persian Gulf for referring to the waterway between Iran and the Arabian peninsula. Just blindly repeating the wrong term used by other media only gives credit to the false name used by them.