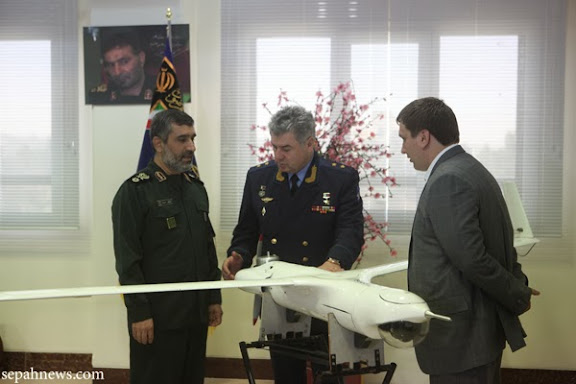 
A senior Iranian commander says Iran gave Russia one of its indigenous ScanEagle unmanned aerial vehicles as a sign of friendship and cooperation between the two countries.

“The ScanEagle drone produced by the Islamic Revolution Guards Corps is the symbol of some of Iran’s technical capabilities,” Hajizadeh said.

While the current executive branch of Iran's government has recently engaged in attempts to charm the West, it now appears the IRGC is on a charm mission of its own but with the Russian military.

This presentation to the Russians provides a demonstration of confidence in Iranian abilities at reverse engineering and manufacturing. 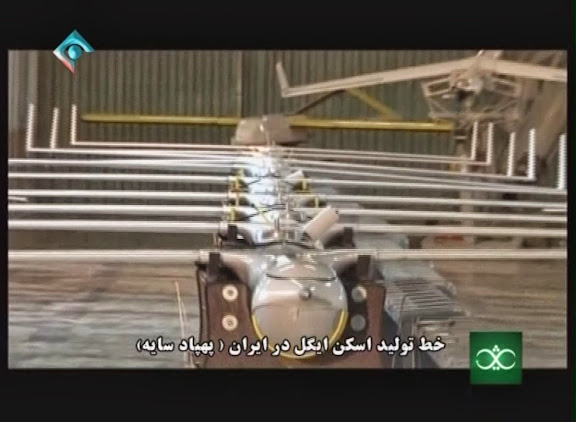 the presentation of this UAV to the Russian military will open a new chapter in the two Nation military relations.Although Russia is technological superior power compared to Iran,the world has never known Russians being experts in UAV production! and use.

Iran scaring its enemies to the bones once again with this manifestation!.

If this is true will you get the hell out of the u.s. and move there?

Scaring to the bones (whatever that means)? No. Laughing to tears? Definitely.

Holy mother Jesus! Iranians and their way of bringing gifts and giving away stuff for free?! The big question on everybodies mind is whether Russia will make good on their promise to deliver the S-300 which has cost the Iranian people billions of hard currency.

Bam-Bam--- this is another comment from you that is indicative of either drunkenness, mental illness or deep, deep stupidity.
(of course, I'm not ruling out all three.)

@drunkenness!-
-the problem with you is that you are too quick to come forward without arming yourself!. Now, who is drunk between me and the RUSSIAN General!.Do you think He would have accepted the robot if it was that useless?. Indeed Iran has some Russian model rifles made in the country like the AK 47 AND RADARS to name e few .The question is why didn't the Russian side ask for these two items!.The truth is that Russia is not interested in the AK 47 made in Iran ! or the space program [because they have an edge on that]but the truth is that Russia must learn, has to learn, is learning the UAV technology! and Iran stands at the middle between the US and Russia in the UAV technology given its ability to down and reverse engineer western drones!

-Now you need to rush to your cabinet and grab your bottle ,take the gulp and bang the table in remorse! -A Russian General visiting IRAN ![a useless country in your eyes] .too steep a ladder for your mind to climb!

@mental illness!
you have proved that you are more than a genius!-But between you and the Russian military who is crazy?. We know,Iran is a weak country ,no where among the best in this world but why do you think a whole General from a superpower would visit the military installations of such a useless country.Too important is Iran to Russia than all the Arab countries combined.and this can be seen in the Iranian defense collages![where you can see Russian students there]

-but a super brain like you have no time to digest all this but only engage in pouring scorn and bashing!.

@deep,deep stupidity[and not ruling that you command the three!]
I guess that you are a very old man! living in the past! or that you are a Todd but older than your age.All the military in the world race to break new ground in technology ,just as we have seen China rushing to join the big club by all means necessary !.Nations enter pacts
and treaties to exchange technology and empower their military[this being a normal procedure]

So Bam Bam our super genius, here is a consolation !you are not in deep stupidity or ill but that you took one too many !

Actually it hasnt cost iran billions,the russian repaid irans down payment,if anything its the russians who are looking at loosing billions in arbitration,thats why they are trying to come up with face saving alternatives like the s300vm instead of the s300pmu,but I still wouldnt trust them as far as I could spit them,they are not irans friend or ally

Iranians lie when they say they reverse engineered the entire thing. The shaped something like the U.S. drone but that's the extent of the similarity. Iranians lie, lie, lie. That's the Iranian culture.

Anon 12:51 PM, you know all about telling lies with your claims that have no substance!

Yeah,yeah its in their dna according to wendy sherman >rolls eyes<
Why on earth would iran go to the trouble of building something that looks like a perfect copy of the american scan eagle?,that makes no sense

Or maybe the wendy sherman fan boys here, have hatred and racism in their DNA.

Ha Ha Ha Ha!!! In my DNA I hate stinky little Akhoonds and there Mozdors with their lies.