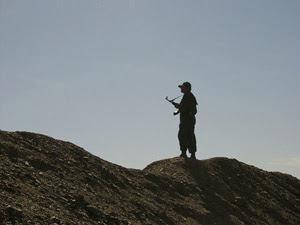 Iran has hanged 16 “rebels” in retaliation for the death of 14 border guards who were killed on Friday in clashes at Saravan in Iranian Baluchistan, official news agency IRNA reported today.

IRNA also reported the authorities are investigating whether the attackers were “drug smugglers or armed terrorist groups.”

“These individuals were executed this Saturday morning in response to the terrorist action of last evening at Saravan and the martyrdom of the border guards,” said Mohammad Marzieh, spokesman for Judiciary in Baluchistan. (IRNA, 26 October)

The authorities did not explain why they hanged 16 members of a “terrorist” group, who were already in jail, in “retaliation” of the actions of a group whom they said could be drug smugglers. And why should a government execute its prisoners in retaliation for actions of others, whoever they may be?

The official news agencies reported that a band of rebels or smugglers attacked the border post near Saravan on Friday night and killed as many as 20 border guards. The attackers retreated to their sanctuaries across the border.

“The attackers, who saw that conditions were unsafe for their actions, retreated to the country opposite (the border) after the clash,” Rajab Ali Sheikhzadeh, a provincial official, told ISNA.

The tri-state area where the attack took place joins the Baluch regions of Iran, Pakistan and Afghanistan. The area has a long history of unrest where the Iranian Baluch group Jundallah has waged an armed rebellion against Tehran for what it conceives as suppression of the rights of the Sunni Baluch minority in the hand of Shia majority. Many Jundallah rebels as well as members of security forces have lost their lives in recent years.

The area is also home to large drug trafficking operations, transporting condensed opiate-based “bricks” from Helmand and southern Afghanistan through Iran and on to Kurdish areas in Turkey and eventually to Europe. The bricks are then converted into heroine varieties. Some trafficking also takes place from northern Afghanistan through Khorasan. Clashes between the smugglers and Iranian security forces occur when the transshipments are not pre-arranged. In the past decade, hundreds of Iranian border guards and security forces have lost their lives fighting the drug smugglers.

Iran’s Minister of Justice Mostafa Pour-Mohammadi says the convicted drug trafficker who survived a hanging will not be executed for a second time.

“The convict who survived execution is currently on a ventilator, and if he survives, it won’t be expedient to re-execute him,” Pour-Mohammadi said on Tuesday.

The 37-year-old man, identified as Alireza M., was convicted by an Iranian court of possessing a kilogram of crystal meth and was sentenced to death by hanging in the city of Bojnurd in northeastern Iran.

On October 9, he was taken from his cell to the gallows, where the judge who had issued the order read out the verdict.

The convict hung from the noose for 12 minutes and was pronounced dead by the attending doctor, the judge and the prison head. The body of the convict was taken to a morgue for delivery the following day to his relatives.

A day later, however, staff at the morgue discovered that he was still breathing.

He is now recovering in hospital.