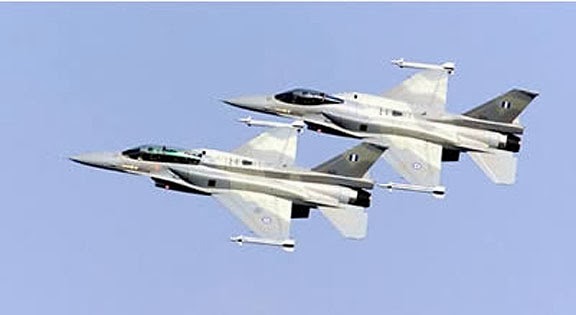 
The Baghdad government wants the immediate delivery of U.S. drones and F-16 fighter jets in order to combat al Qaeda insurgents, who are making swift advances in the west of the Iraq, a senior Iraqi security official said.

Washington agreed in August to supply a $2.6 billion integrated air defense system and F-16 fighter jets, with delivery due in autumn 2014.

Prime Minister Nuri al-Maliki, who will meets U.S. President Barack Obama in Washington next week, has also requested drones to carry out surveillance of Iraq's desert border with Syria.

"The first thing the Prime Minister will ask for is to accelerate the processes for the shipment of drones and F-16s," said Safa al-Sheikh Hussein in an interview with Reuters.

"The initial response from the U.S. was positive, but it depends on the delivery time. We want them immediately."

Iraqi pilots have been engaged in training sessions at Laughlin AFB in Texas. Iraqi sources indicate they have pilots capable of flying the F-16, with service technicians receiving training in Jordan.

American sources counter that Iraq will not be able to enforce national air sovereignty before 2016 at the very earliest – and a number of analysts still believe it will be several years later than that. [source: Defense Industry Daily]

Iraqi Kurds have been politically opposed to Baghdad receiving F-16 combat aircraft while Maliki remains prime minister, fearful of a greater tilt toward Baghdad in the country's sectarian balance of power. [source: Kurd.net]

Since the onset of the neighboring conflict in Syria, Iraq has sustained spillover, in the form of an alarming spike in terrorist attacks, most committed by Al Qaeda or its affiliates. 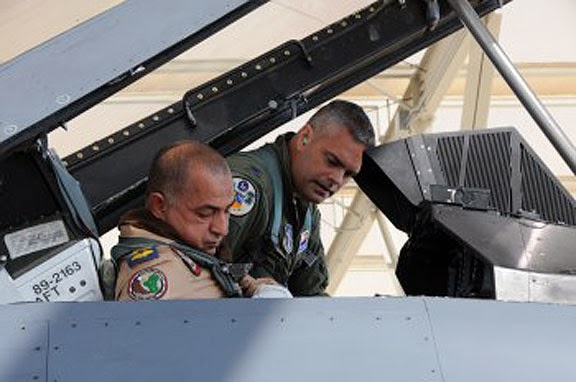 One gets the impression the Iraqis are insecure over whether these deliveries will actually materialize.

Missing in action is our comrade AF who seems to have taken a very long absence .would you encourage him back so that readers enjoy his straight shooting answers?

AF was always welcome to write on this blog as the pages of this blog show. His last comment was deleted because its main content was simply personal attacks against the integrity of this blog and its authors, something that is not wise or acceptable. If he sends comments on the subject of the posts, he is more than welcome to post his comments anytime, regardless of viewpoints or politics of the day .

He he he,AF has been AFTD.

as well they should be.
perhaps the Iraqi government should ask Iran for advanced warplanes and drones.

iran might send a space monkey and your photos of shopping centers and even an artists rendering of of all the lovely armaments that Iran announces as almost sorta nearly real.

I have been monitoring your and other comments, and have taken some rest due to the previous censoring...and in order to study other events.

Regarding the above article about the F-16s, one has to analyze why Russians hesitate to deliver other weaponry to Irag according to the previously signed contract, and a possibility is that they as well as Iran expect clarifications about their overflights over the Iraqi airspace with connections...to Syria for instance.

As of today there is an interesting development that two Russian Tu-160 bombers have flown to Venezuela and the nuclear powered Russian cruiser is moving toward west's ocean hemisphere....
In France the first Russian helicopter carrier Vladivostok (Mistral class) has been floated, and Russia decided that it will undergo sea trials in March 2014, before they will bring it to Russia..

And finally, lets have a joke with a question, what will happen if one of the Iraqi F-16 decides to escape to Iran at some time in the future, and ask for an asylum.?

In the 1976 Soviet Union pilot escaped to Japan with his Mig-25, and that Mig was later returned, after several weeks, ....in 30 crates, to its owners.

Recently I have discovered, that many times, after an opening Uskowi on Iran's webside, it doesn't show blogger's comments, and as usually I cannot use the "back button", to return to my search engine...without special steps.

I would like to know, what do you think about the CNAS organization and its connectiions to some people on this blog.
I have read that the CNAS' opinions are well respected and welcomed at the Pentagon...

Looks like the authors and some bloggers, have recently a joy, because they have published news about bombing of Syria by Zionists, and rumors about the SL's illnesses.

It appears from my research, that they will sooner see demise of their Zionism; during their lifetimes, than any possibility of a disappereance of the Islamic Republic.