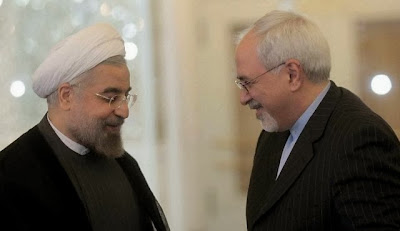 Iran's deputy ambassador to the UN, Khodadad Seifi, has condemned Israeli Prime Minister Benjamin Netanyahu for his “anti-Iranian” remarks at the UN General Assembly, calling them as “inflammatory,” and accused him of “saber-rattling.” (IRNA/Press TV, 2 October)

“We just heard an inflammatory statement,” Seifi said to the UN General Assembly on Tuesday minutes after Netanyahu ended his speech adding, "Like last year, he continued saber-rattling toward Iran by abusing this august assembly."

The Iranian diplomat also warned Netanyahu against any miscalculation by planning to attack Iran in response to Netanyahu’s threat of acting alone to stop Iran nuclear program.

"The Israeli prime minister had better not even think about attacking Iran, let alone planning for that," Seifi said.

Netanyahu had said in his UN speech that, “Israel will not allow Iran to get nuclear weapons. If Israel is forced to stand alone, Israel will stand alone.”

Hours before Netanyahu took the podium at the UN, Iran’s Foreign Minister Mohammad Javad Zarif said Netanyahu's assertions about Iran's nuclear program are “lies” and he called Netanyahu the “most isolated man in the UN.”
“We have seen nothing from Netanyahu but lies and actions to deceive and scare, and international public opinion will not let these lies go unanswered,” Zarif said. (AFP, 1 October)
“For 22 years, the Zionist regime has been lying by repeating endlessly that Iran will have the atomic bomb in six months,” Zarif added. “After all these years, the world must understand the reality of these lies and not allow them to be repeated.”
File photo: Iranian President Hassan Rohani (left) and Foreign Minister Javad Zarif. (AFP)
Posted by Nader Uskowi at 8:00 AM

A must watch youtube video: Is Israel set up for destruction(debate) - Paul Findley vs Ahmed deedat