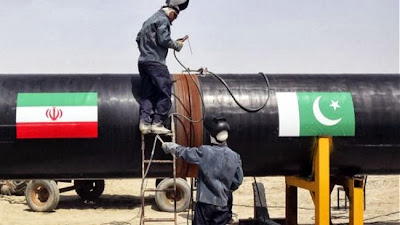 The report entitled, “Rethinking Pakistan’s Energy Equation: Iran-Pakistan Gas Pipeline,” by Pakistan’s leading think-tank said this project can be beneficial if the gas price agreement would be based on fixed rate.

“It will be a death sentence for Pakistan’s economy if the gas is imported from Iran under IP gas pipeline project under the existing gas sales price – which is linked with the Japan Crude Cocktail price,” the report said. (The News, 24 October)

The report argues that Iran is importing gas from Turkmenistan at the flat rate of $4/MMBtu with no linkage to crude oil prices. It adds that Iran would start exporting gas to Pakistan at $14/MMBtu, with the price subject to periodic revisions based on market conditions.

The agreement between Iran and Pakistan stipulates construction of Pakistan’s side of the pipeline by December 2014. If the Pakistani government is serious about this project, it must renegotiate the price, SDPI recommends. The publication of the report is the first sign of a problem in implementation of the IP project under the new Nawaz Sharif government. The agreement was negotiated during Zardari administration.

File photo: IP gas pipeline under construction on the Iran side of the border (IRNA)

Iran should scrap this,let the saudis and americans pay for pakistans energy,or let the pakistanis do without power.This was a very generous offer to the pakistanis if they are to stupid or cowardly to appreciate it then let them rot,iran should give them an ultimatum,either begin construction on your part within the next six weeks or else the deals off and you can forget about any iranian oil and gas,go ask the saudis to ship it to you instead

No brother!-you need to consider long term benefits.THERE IS NO think tank in Pakistan!..The SDPI is a jock of an institution that is riddled with corrupted people .Let the issue be sent to the Parliament and i believe lawmakers will support the deal! for long term benefit of the Nation!.