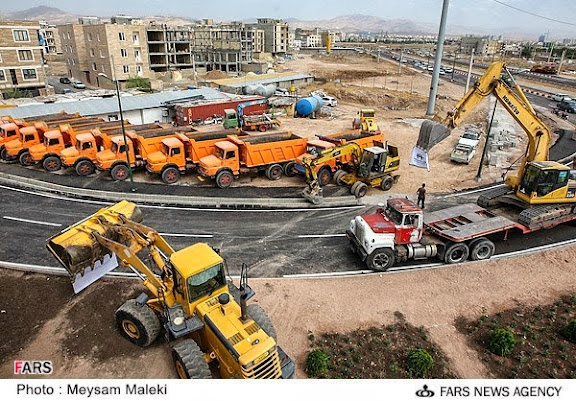 Recent completion of a road junction for Imam Ali Boulevard, at Qazvin. Visible is a  Komatsu tracked excavator aboard trailer attached to Mack R-series tractor, a wheel loader, a wheel excavator, and a fleet of Mercedes-Benz L-series based dump trucks. 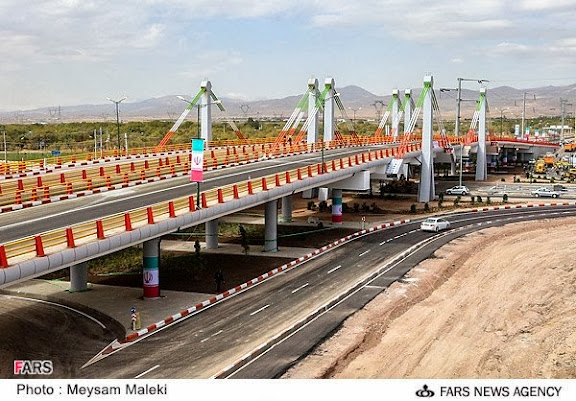 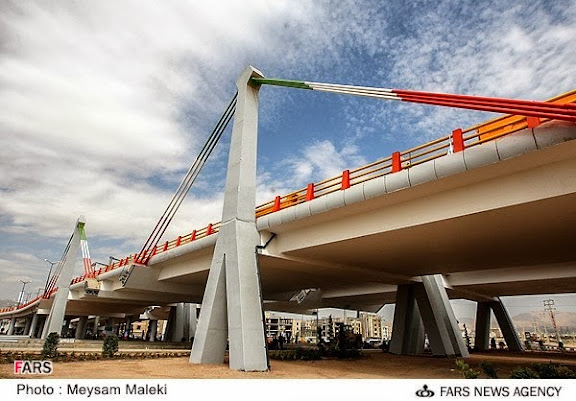 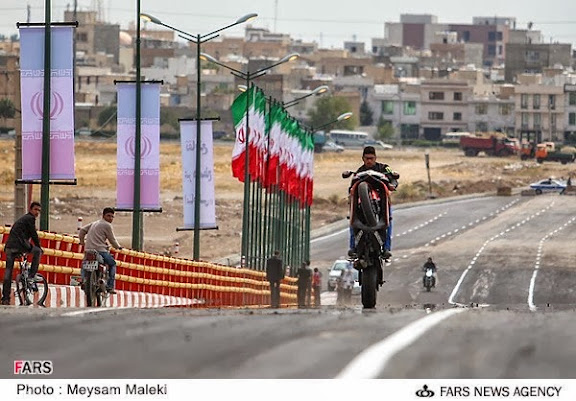 Photos: Meysam Malek at FARS News Agency
Posted by Mark Pyruz at 2:08 AM

Not a hundred percent sure about identifications, any corrections offered appreciated.

marvelous, Iran may have fewer and less impressive construction projects and roads than every other nation of the Persian Gulf, but the fanboy does his best to show than Iran at least has a small amount of construction going on.