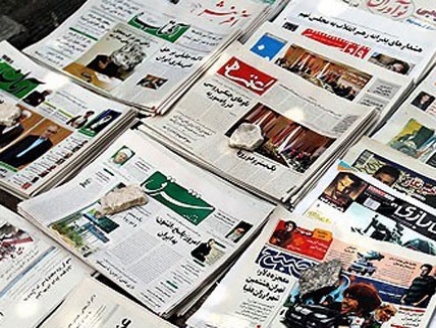 Iranian authorities have arrested the editor-in-chief and political editor of the independent Maghreb daily over an article the criticized the government and reportedly closed down three other news publications. The move is the latest assault on independent and reformist press by the Judiciary under direct supervision of the hardliner Judiciary chief Hojatoleslam Sadeq Larijani. Editor-in-Chief Mohammad Mehdi Emami Nasseri and political editor Ali Reza Aghaeirad were transferred to the notorious Evin prison.
Posted by Nader Uskowi at 4:30 AM

perhaps he'll instead continue to prattle about gas prices in California.

Pyruoz has also been posting pictures of new state funded buildings (Mehr) for people with low income all over the country. What he doesn't say in his posts (or doesn't know about) is that these buildings (which look nice from the outside) is being delivered half finished to these people.
I spoke with 2 of my relatives in Iran today who have been handed the keys. The outside structure is ready but they have to do everything inside the apartments themselves, frm wiring , plumbing , kitchen installations, etc....
The Nazi Germany's Propaganda minister (Goebles) would have been proud of the Mullahs. Keep posting these manipulative pictures Mr Pyrouz.

Pyruz is a fanny mullah boy.