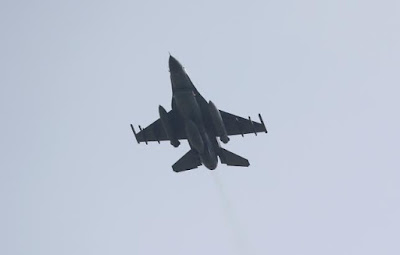 Today, the leader of pro-Kurdish opposition HDP party, which won a surprisingly large number of seats in Turkish parliamentary elections on 7 June, accused Erdogan’s ruling party of dragging the country into conflict in revenge for losing its majority in the parliament, largely due to impressive HDP showing.

Selahattin Demirtas, the HDP leader, also said that Turkey’s recent airstrikes in northern Syria, under the cover of targeting Islamic State militants, were largely meant to prevent the Syrian Kurds to establish a contiguous Kurdish region in northern Syria. The PYG, the Syrian Kurdish militants, have been leading the fight against ISIL in Syria, since they famously defeated ISIL in Kobane, and have recently retaken territories in northeast Syria occupied by ISIL. Having a contiguous region in Syria is a crucial step in establishing an autonomous Kurdish region on Turkish border, something Turkey violently opposes.

https://www.youtube.com/watch?v=1vocj42aSx0 --- Why Turkey is bombing a US ally