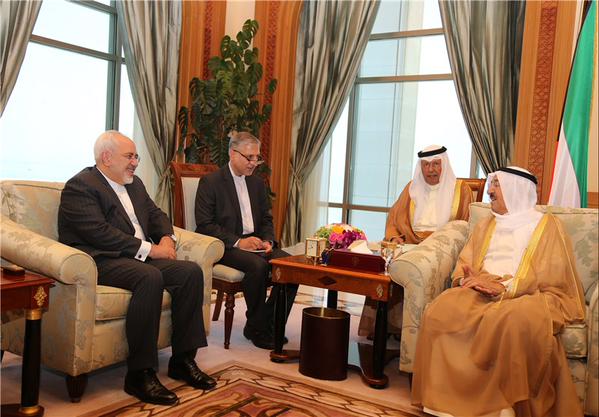 UPDATE: Zarif arrived in Najaf, Iraq, in early hours of Monday after visiting Kuwait City and Doha on Sunday. He will conduct a pilgrimage to the Shrine of Imam Ali and will later meet with Grand Ayatollah Sistani, the spiritual leader of the Iraqi Shias, before heading to Baghdad for meetings with senior Iraqi government officials.