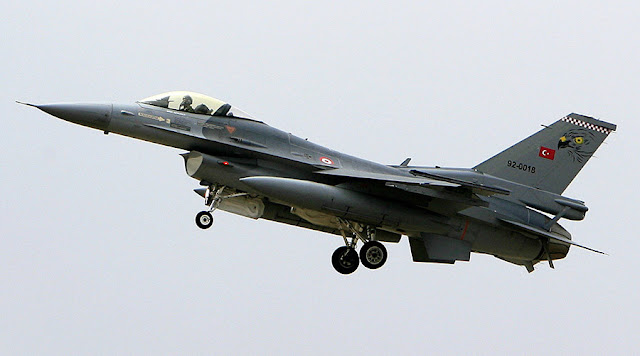 Turkish warplanes on Friday struck camps and weapons storage facilities belonging to the Kurdish Workers Party or PKK at its Mount Qandil headquarters in Iraqi Kurdistan. The airstrikes ended a two-and-a-half-year truce between PKK, representing Turkey’s Kurds, and the Turkish military. The truce was considered a signature achievement for Erdogan’s government, but as observed by the PKK it “has no meaning anymore.”

The events culminating with the Turkish airstrikes began after an Islamic State suicide bomber killed 30 Kurds in southern Kurdish town of Suruc last week. PKK has long accused Turkey of cooperating with ISIL and it carried out retaliatory shootings against Turkish police.

Meanwhile, the Syrian Kurds led by the PKK-affiliate militia group YPG, who famously fought and defeated ISIL in Kobane, are engaged in fierce fighting with ISIL in Syria, and in recent weeks have captured enough territory previously held by ISIL to enable them to form a contiguous Kurdish territory in northern Syria, a key to formation of an autonomous Kurdish region. Turkey worries that YPG advances could strengthen PKK’s position inside Turkey.

On Friday, Turkey also struck ISIL positions in Syria for the first time in the war. The Kurdish critics of Erdogan government said the attacks on ISIL were a smokescreen to hit PKK positions and silence any U.S. criticism.

But why blame Erdogan? It's not like he could have stopped the Syrian revolution from happening in the first place, which later escalated into a bloody, multi-party civil war, something no ruling Turkish party could have just ignored when it was happening right across their borders.

Also, how is Erdogan to blame for the fact that Kurdish militias/factions will always try to exploit any regional crises (in any country) with naked opportunism to create an autonomous Kurdish state which, again, will be viewed as a threat to Turkish national security by any ruling party in Ankara?

Given the Middle East's situation today, inaction, and not action, is the destabilizing threat as far as the Turks are concerned.

Because believe me, the Turkish military, which is still an active party in Turkish politics, wouldn't have agreed to this simply for the sake of Erdogan's neo-Ottoman dreams!

I beg to strongly differ on this one Mark. Nothing gave Erdogan the right to so crudely take advantage of the ongoing mayhem at the syrian border to begin with let alone to settle his personal score with the PKK by breaking a 2.5 year old truce with the group. The inability of the Syrian government and his overstretched and exhausted armed forces to react in kind to his incursions and action on their soil and airspace probably played a major role in his calculation and audacity to intervene this way. So first he did everything within his powers to bolster ISIS and other rebel groups to wreak havok in neighboring Syrian provinces, fostering his own regional agenda in the process in establishing de facto djihadist-controlled buffer zones irrespective even from what its American patrons were doing in parallel, and go as far as having his daughter take charge of an hospital to treat wounded ISIS members by some accounts), almost provoke a total collaspe of Kobane in the hands of behading child rapists , ultimately see his schemes backfire because of the inherently irrationnal profile of a totally unpredictable umbrella of wannabee zealots that is IS , suffer a blowback right on his side lf the border after foolishly thinking he could control them as will as some sort of private proxy army, and still come back with a vengeance and claim he is in his own right to equate and wipe out both groups he now consider non-gratas ? Are you kidding me ? He has been a destabilizing factor from the onset of the syrian civil war and his role has become more destructive as time passed. The Kurds have proven so far to be the most effective single fighting force against IS, and have been able to directly engage them in vicinity of their de-facto Syrian capital Raqqa while advancing under cover from the coalition airstrikes. The least we can expect from Ankara would be to refrain from dangerously changing the tide yet again in favor of IS that they have only been bombing in merely a symbolic fashion until now, the bulk of their campaign being directed at PKK position. Erdogan is fooling no one with a will to see in what he is doing here.

PS : Sorry, I meant Piruz and not Mark for the reply above, obviously.