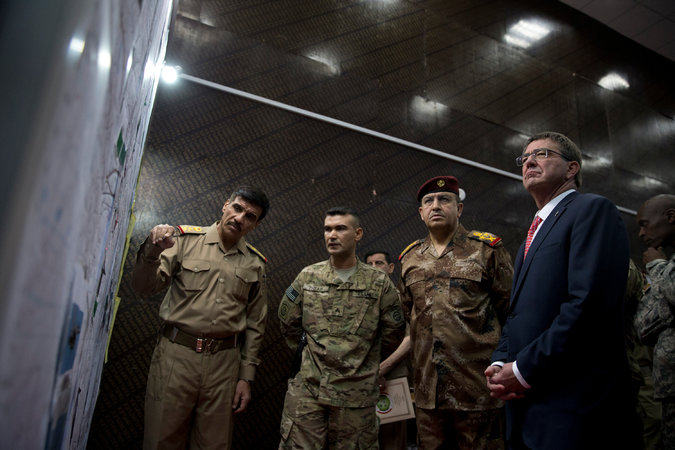 For the first time, 3,000 Iraqi troops trained by the U.S.-led coalition have joined the assault force to retake the city of Ramadi. The news was disclosed by Secretary of Defense Ash Carter during his visit to Baghdad today. It was Carter’s first visit to Iraq since he took office in February.

Last month, the Iraqi government had announced the start of major operations in Anbar province to retake territories lost to ISIL. The U.S.-led coalition comprising of Iraqi security forces, including the newly trained soldiers, supported by U.S.-led airstrikes, is getting ready to retake Ramadi.

Concurrently, and Iran-led coalition of mainly Shia militias, supported by Iraqi air force, under the command of Gen. Qasem Soleimani, commander of Iran’s Quds Force, have been conducing blocking operations around Fallujah. On Wednesday, the Iraqi air force carried out an airstrike in the center of Fallujah airstrike, Al Jazeera reported.