U.S. and Turkey to Set Up Buffer Zone in Northern Syria - Report 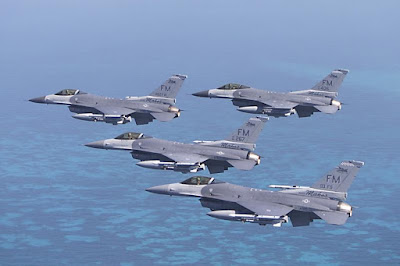 The Wall Street Journal and other major U.S. media are reporting that the United States and Turkey are close to a deal to establish a de facto no-fly zone, a "safe zone," in northern Syria. The broad sketches of the understanding include eventually relying on moderate Syrian rebels to help take control of the buffer zone along the Turkish border, reportedly 65 miles long and 25 miles deep. This is the area now controlled by ISIL, between the moderate rebel-controlled areas to its left and Kurdish PYG areas to the right.

Turkey agreed to let U.S. to use bases on its soil to attack ISIL positions in Syria. Turkish officials told the Journal that Turkey’s F-16 fighter jets will also be used to help clear ISIL and other extremist insurgents from the safe zone and protect the area.

the ISIS/PKK are importing the Syrian Civil war in to Turkey.
we can expect more terrors and bombs in turkish cities

Thx Mr erdogan, you are destroying own country.
Who believes, he can pass 20.30,000 terrorists to Syria and with help those terrorists take Alepo and restore the "Ottoman Empire", he wil ending in the ISIS/PKK hell

Religion and politics should be separate.Erdogon and Khamenei's regime should all resign.

When religion and politics are mixed it opens all sorts of abuses of power.Any leadership under such a system uses laws written over 1400 years ago as "god given". Therefore even if barbaric it will be justifiable and unchangeable according to the book they adhere too. And rolling your eyes could be harmful in the long run :o)

I think you`ll find that there are a great many countries were religion and politics are virtually inseparable,israel and america both come to mind,maybe you think their governments should resign as well?,you also dont need to have religion in government to have abuses of power communism being a perfect example

Why are you comparing Iran to Isreal and the US? You don't get droves of US citizens leaving their country at any cost and traveling illegally in container trucks to escape their oppressive country under a dictatorial religiuos rule.The problem with religion in politics is it makes the system unanswerable to ordinary mortals because it believes in its god given self righteousness.Such corrupt systems can't be "reformed" because it is hell bent on its mythical and ideological driven past.Don't forget communism and Nazism at that time was trying to replace religion with new icons like Stalin and Hitler.The fact remains that religion in politics and its modern equivalents as mentioned above are two sides of the same coin which come under idiological belief systems like what we have in todays Iran.However,I still consider communism/socialism far more palatable and progressive than any religious dogma that rules over humankind.