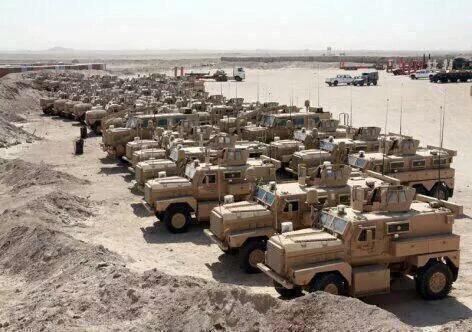 “A Saudi military plane landed at Aden airport this afternoon carrying weapons and military assistance to the popular resistance forces, in the first flight there since 25 March,” an airport told Reuters today.

Meanwhile, the militia said they were advancing toward Anad air base, Yemen’s largest, 60 km (40 miles) north of Aden to link up with other anti-Houthi fighters nearing the military base from its northern end.

MRAPS are satisfactory for small arms and IEDs, less so for RPGs and especially less so for ATGMs. Susceptible to artillery, too.

Infiltration and demolition at ADE is a cause for concern.

Southern Movement and Al-Qaida don't appear to be variables for Saudi/UAE at this point in time but remain a potential problem in the long term.