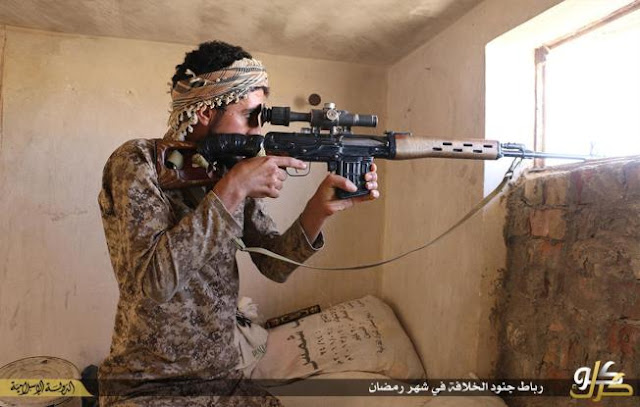 An Islamic State’s “Special Forces” unit gathered around their commander just before they attacked the central Syrian town of al-Sukhna. “Victory or martyrdom,” they screamed, pledging their allegiances to God and never to retreat. (AP, 8 July).

Shock troops like those attacking al-Sukhna, fighting to the death to reach their goal, are a key weapon in ISIL’s arsenal.

Photo credit: Photo released by the Islamic State on 23 June 2015 of an ISIL militant looking through the scope of his rifle in Kirkuk, Iraq (ISIL Website/AP/US News)

Email ThisBlogThis!Share to TwitterShare to FacebookShare to Pinterest
Labels: ISIL