Kerry: No Deal Yet – Could Go Either Way 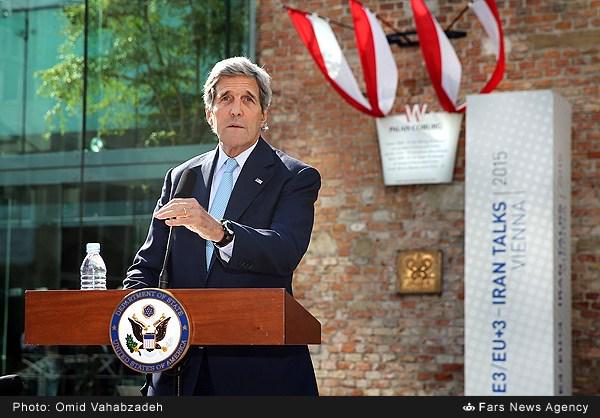 Secretary of State John Kerry delivered an update on Iran nuclear negotiations today, saying the two sides have never been closer to a deal, but cautioning that the talks could still go either way, with difficult decisions remaining.

“It’s time to see if we can close a deal,” Kerry told journalists covering the talks in Vienna. “We are not where we need to be on several of most important issues.”

Kerry cautioned that the U.S. could still walk away from the talks if a deal could not be reached. He added the 7 July remains the deadline for the talks.