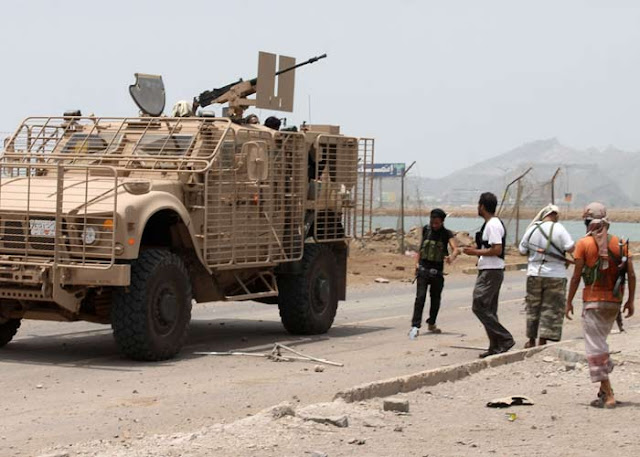 The anti-Huthi forces, backed by Saudi-UAE-led coalition, on Tuesday captured the strategic Aden International Airport, which could now be used as a major hub for reinforcement and resupply of those forces. Footage aired on TV showed workers clearing the runway as pro-Hadi government troops secured it.

The loss of Aden airport and the two major neighborhoods are serious blow to the Huthis, and their first major defeat in the conflict that started in September when the Huthi insurgents stormed the capital Sanaa and began their march south.

In a statement to Huthi-controlled Saba news agency, a spokesman said the rebels will be fighting back. Meanwhile, Brig. Gen. Ahmed al-Asiri, the spokesman for the Saudi-led coalition, praised the “heroic efforts” of Yemeni fighters. Gen. Asiri said that the operation against the Huthis has been successful so far because of “the element of surprise” and added, “We need to have patience and perseverance now.” (AP, 16 July)

While the Houthis make up a large part of the revolutionary forces, so do elements of the Yemeni armed forces.

The battle for ADE has see-sawed since the outbreak of hostilities. However what is new is the appearance of GCC-supplied AFVs at the Battle of Aden.

It appears that KSA-UAE-backed Yemeni forces have the control of the airport now; which is one of the most important developments in the war since the Huthis took Sanaa.