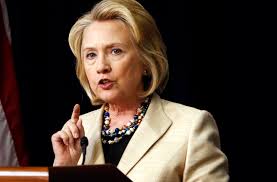 "Do I trust the Iranians?" presidential candidate Hillary Clinton said. "Absolutely not."

"No one should be deluded about the continuing threat that Iran poses to the region."

Clinton said that as president, her posture toward Iran would be "Don't trust, and verify," saying the United States would employ intrusive inspections and extensive monitoring to ensure Tehran complies with the accord. [source: Yahoo News] 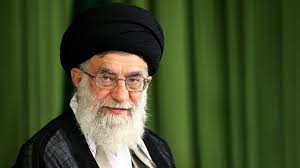 "Whether the (nuclear) deal is approved or disapproved, we will never stop supporting our friends in the region and the people of Palestine, Yemen, Syria, Iraq, Bahrain and Lebanon. Even after this deal our policy toward the arrogant U.S. will not change,” Khamenei said.

"The Americans say they stopped Iran from acquiring a nuclear weapon," he said at Tehran's Mosala mosque. "They know it’s not true. We had a fatwa (religious ruling), declaring nuclear weapons to be religiously forbidden under Islamic law. It had nothing to do with the nuclear talks."

He said slogans of "Death to America" and "Death to Israel" chanted at demonstrations in Iran this week supporting the Palestinian cause showed what Iranians think and "shook the atmosphere of the country".

"We have repeatedly said we don't negotiate with the U.S. on regional or international affairs; not even on bilateral issues. There are some exceptions like the nuclear program that we negotiated with Americans to serve our interests ... U.S. policies in the region are diametrically opposed with Iran’s policies." [source: Reuters]
Posted by Mark Pyruz at 2:52 AM

Looking back at 1972 we had no idea how reasonable Nixon and Mao would appear today, in contrast to Clinton and Khamenei.

Then again Mao did say to Nixon that they'd have to continue to publicly express animosity for a period of time, in order for the Chinese public to adjust to continued PRC-US relations.

Take it with a pinch of salt, she is pitching to win an election and Khamanei is pitching to calm the right wing conservatives. The deal is sealed and there is little anyone can do to oppose it. R.

Khamenei is the head of state. Clinton is a candidate for presidency. You probably meant to compare Khamenei-Obama approach to the nuclear deal.