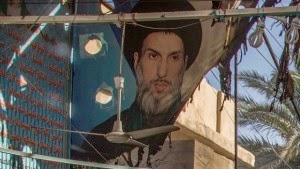 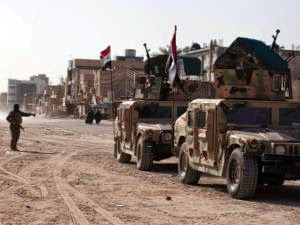 Tensions remained high in Iraqi holy Shia city of Karbala today in the wake of clashes on Wednesday between followers of Shia cleric Mahmoud al-Sarkhi, who accept him as a Grand Ayatollah, and Iraqi military and security forces after Baghdad sought to arrest Sarkhi, Ashrq Al-Awsat reported. Local media said around 45 people were killed in Wednesday’s fighting.

Iraqi security forces also blew up Sarkhi’s headquarters and its Hosseiniya mosque complex, fearing they were booby-trapped, and the controversial cleric is now believed to have fled the city. Karbala Governor Aqil Al-Tarihi told reporters on Thursday that the security forces have arrested 350 of Sarkhi’s followers.

“Sarkhi is not a religious cleric, and when his followers picked up arms and attacked citizens, it forced us to launch the operation to arrest them. We will not allow the presence of any of Sarkhi’s followers in Karbala,” Al-Tarihi said. (Ashrq Al-Awsat, 4 July)

“These actions are the actions of militias and the result of my rejection of partition and sectarianism that has killed the people of Iraq. Their action is evidence of their failure and lack of steadfastness towards patriotic action,” Sarkhi said in his statement.

The government claims that Sarkhi and his followers are attempting to create Shia-Shia sectarian conflict in Karbala and southern provinces as an extension of Islamic State’s advances in western and northern Iraq. Al-Sarkhi's pro-Arab, anti-Iran and anti-Grand Ayatollah Sistani views do find common cause with the Sunnis, a matter of great concern to Baghdad.

Al-Sarkhi’s forces, the so-called Hossein Army, have reportedly reconvened at his stronghold in Nasiriyah in the southern Iraqi province of Dhi Qar.

Top photo: A burnt poster of Shia cleric Mahmoud al-Sarkhi at a checkpoint in front of his headquarters in Karbala, 2 July 2014. (Ahmad al-Husseini/AP/Ashrq Al-Awsat)

Can anybody tell me why the shia goverment give the order to arrest this shia cleric...makes no sense...maybe MR. Uskowi?

Do the Iranian people really want to be involved with sectarian fanaticism? Iran should keep out of Arab/Iraqi affairs because we are not Arabs. Can you imagine if southern Iraq joined Iran? What social and political calamity it would cause Iranian society. Religion and politics should be kept separate by mullahs going back to the mosque to perform their daily prayers and attending funerals when necessary.

This cleric apparently opposes Maliki's policies regarding Sunni insurgents, believing that fighting would not resolve the sectarian strife in Iraq and favors a political solution to the conflict. He has openly opposed Grand Ayatollah Sistani's fatwa for all abled Iraqi Shias to take arms against the Islamic State militants.