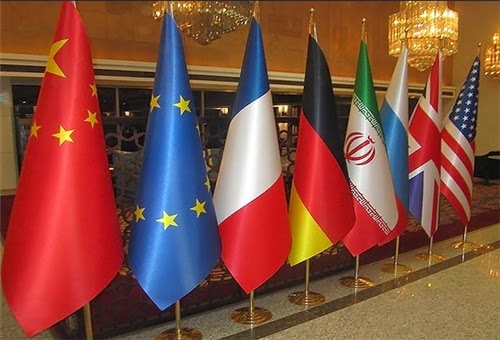 Iranian Foreign Minister Javad Zarif said today that the number of operating centrifuges at Natanz were the main point of disagreement with the West, which prevented the two sides from reaching a comprehensive nuclear accord in Vienna last week. The talks have now been extended for another four months.

Iran’s Supreme Leader Ayatollah Khamenei has publicly called for Iran to expand its enrichment capacity at industrial scale to provide fuel for Bushehr nuclear power reactor. Khamenei has said Iran would need 190,000 SWU (equivalent to some 200,000 IR-1 centrifuges) to reach that goal. Iran currently has some 9,400 IR-1 centrifuges in operation at Natanz.

Russia provides the fuel for Bushehr under a contract with Iran that expires in 2021. Even though the Russians have said they were willing to extend the contract, the Iranians presumably want to produce the fuel themselves. To do so, they would need some 200,000 of IR-1s (or fewer numbers of IR-5/IR-6 new machines) installed and operational within seven years.

The P5+1 wanted to limit the number of centrifuges to a few thousand IR-1s, enough to provide fuel for Tehran Research Reactor and a modified Arak (IR-40) heavy water reactor under construction. Under this proposal, Iran had to wait until the expiration of the comprehensive agreement to build the full-fledged uranium enrichment industry. But the Iranians plan to build the industry within seven years, peculiarly under the auspice of a nuclear agreement with the West. Hence the huge gap between what the Iranians were asking at Vienna talks and what the P5+1 was willing to accept.

Zarif was also reported as saying that the West wanted to extend the interim agreement for years, but Iran only agreed on four-month extension. (Mehr, 22 July)

Under the terms of the interim agreement, JPOA, the two sides could extend it up to a year from the date it was originally signed. JPOA was signed on 24 November 2013 in Geneva, and it is now extended to 24 November 2014. It is not clear what Zarif was referring to when he told Majlis that the West wanted to extend JPOA for years.
Posted by Nader Uskowi at 7:46 AM