Could Iran Sanctions Be Lifted Without Congressional Approval?

If a Comprehensive Nuclear Agreement is Reached 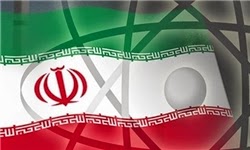 Obama administration faced opposition in Congress on how to lift sanctions imposed against Iran if a comprehensive agreement is reached in nuclear talks by November deadline. Wendy Sherman, the undersecretary of state and chief nuclear negotiator, attended two congressional hearings on Tuesday and heard from members of both parties that legislations for lifting of sanctions codified by law should be presented to Congress. The administration disagreed. It intends to use presidential authority to suspend or waive sanctions by executive order without seeking congressional legislation.

Out of a succession of sanctions imposed against Iran by the United States, two are of particular relevance, because of their scope and the fact that they are codified by law: Iran Sanctions Act (ISA), and Comprehensive Iran Sanctions, Accountability and Divestment Act (CISADA).

Iran Sanctions Act (ISA): Passed in 1996, ISA prohibits American and foreign energy companies in investing in Iran's oil and gas sector. It has since been amended to include energy-sector equipment and services, petrochemical industry, energy-related shipping services, and gasoline supply to the country. ISA had an original sunset (expiration) date of 2001, but could have been renewed every five years, which has been the case, and its latest sunset date is 31 December 2016. If a comprehensive deal is reached by November, the president can use his authority to suspend ISA for successive six-month periods until the end of 2016, letting ISA to expire without any legislative actions. The suspension and eventual expiration of ISA will lift a set of serious sanctions imposed against Iran's oil and gas sector.

Comprehensive Iran Sanctions, Accountability and Divestment Act (CISADA): Passed in 2010, CISADA bans trade and investment by American companies with Iran (with food and medical exceptions.) It also bars U.S. financial systems and foreign banks from processing financial transactions with blacklisted Iranian banks, companies and persons. CISADA does not have a sunset clause and it could only be revoked by an act of congress. However, the president has the authority to waive/suspend the implementation of CISADA every six months, and the administration could use that authority to suspend these financial sanctions without congressional approval until January 2017, or seek congressional legislation in the meantime; with those choices open to the future administration as well.

Meanwhile, EU can lift its sanctions rather easily if a comprehensive agreement is reached. Few measures related to WMD, arms embargo, and IRGC-related business could still be kept until or closer to the expiration date of the agreement. And UN sanctions can be lifted by the Security Council.

Of course if no comprehensive agreement is reached by 24 November deadline, and the current interim agreement is not extended beyond that date, then all bets are off and sanctions will remain in place, and possibly tougher U.S. and EU sanctions could be added on.

why bother worrying about unless and until Iran agrees to terms that are acceptable to the US and EU?

unless Iran musters the political will to do what they could not agree to do in the past 6 months, why worry about the modalities of sanction relief.

it's unimportant. the Congress can not keep sanction enforcement in place if the executive branch wishes to cease enforcing them.


but again that doesn't matter. no one is interested in lifting the sanctions unless Iran takes some big steps.

and that seems less than probable at this point.

Wouldn't be the first time a major, understanding, compromise, undertaking, protocol, agreement, deal, treaty........ Would have found its way to be dishonored through the US congress. 94? Nuclear deal with North Korea is first to spring to mind. Clintons America just couldn't deliver its end of the bargain, namely the oil and grain..... if the treaty wasn't ratified. Which it wasn't. Senkaku/Diaoyu Islands dispute, had a whole protocol regime agreed to to avoid the very same situation we are arriving at now. Once again. America's creaking set of checks and balances proving a spanner in the works. Then there's a bundle of end of cold war protocols regarding sphere's of influence and nuclear treaties. Brushed aside during the Bush era, most notably re protocols in Georgia, and re nuclear weapon treaties, "its okay its only a mini nuke".

The ability of the president to lift sanctions without congressional approval is an important consideration for Iran, and other members of P5+1, to sign off on any comprehensive agreement.

Nader UskowiJuly 31, 2014 at 7:17 AM
Agreed,if the us cant live up to its end of the bargain then the whole thing falls apart,also what guarantee is there that a post obama presidency will honor the deal,the best example of this being bushs scrapping of the dprk nuke deal that clinton signed off on

Would be very difficult to pass anything in the Congress if AIPAC is against it and with campaign funding laws giving more power in influencing elections and politicians to the Ultra-Rich such as Sheldon Adelson who thinks Iranian deserts should be Nuked the prospect of Normalcy and Diplomacy seems far fetched these days.