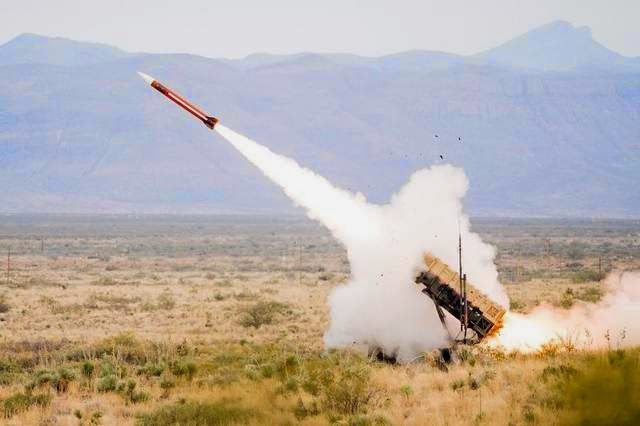 Raytheon said it is aiming to sign a deal worth $2 billion with Qatar by year end for the supply of Patriot missile defense systems, officials said at the Farnborough International Airshow on Tuesday. The deal is part of a $11 billion Foreign Military Sales agreement announced on Monday in Washington between the governments of Qatar and the United States, which also covers 24 Apache helicopters and 500 Javelin anti-tank missiles. (AFP/Defense News, 15 July)

Meanwhile, at Farnborough F-35 was the dominant topic without being there. The Pentagon had announced earlier that it would allow the planes to fly after being grounded when a F-35A model caught fire in June.

Top photo: Qatar and Raytheon hope to agree on a deal by year-end on the purchase of Patriot batteries. (Raytheon/Defense News) 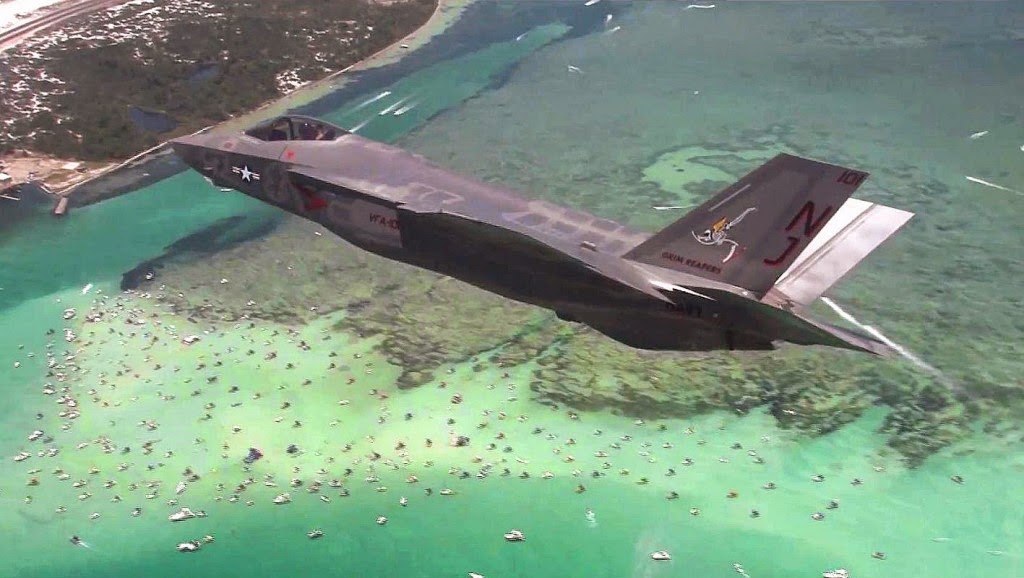 Another ground breaking military purchase ,this time another down graded Patriot missiles specifically made for Arabs!!.THESE batteries are not the same variants in service in ISRAEL,
- A JOKE of a missile battery that will burn like polythene in real combat like the 'high tech Abram tanks and F/16s' owned by the other members of the GCC !!.

Very good point but remember the Arabs need to finance the leading edge weapons of Israel by buying these downgraded dummy weapons! This has been the case since late 60's and it will be the case until these nations understand the toys sold to them will not protect them against real threats.

F-4 Phantom remains the workhorse of the Iranian Air Force to this day. They were purchased in 1960s and have already served in two wars, Oman/Dhofar in 1975/6 and Iran-Iraq war in 1980s. F-14 remain the superior air asset in Iranian inventory as well, and they were purchased in 1970s. Both are U.S. made, and to the Iranians they are not a "joke," they are the workforce and the backbone of their air force even after all these years. Why do you believe U.S. equipment sold to the Middle East are of inferior quality?

Nader UskowiJuly 16, 2014 at 5:32 PM
It depends Nader,for instance the capabilities and weapons of the f16s sold to egypt are considerably less than the ones sold to israel,the abrams tanks sold to iraq are downgraded compared to the us models,the us isnt the only ones to do this of course,the soviets were infamous for their "monkey model" export versions saddams t72s and their truly abysmal performance in desert storm being a very good example.The real crux of the situation here is that once again the gulf arabs are spending huge sums on weapons they dont need and their ability to use them effectively is questionable and it only increases the risks of a regional arms race,who are these weapons supposed to defend against anyway?.Personally I laugh when I see the gulf states squandering yet more billions on weapons or vanity projects.

Going back to the case of Iran, purchasing F-5s, F-4s and F-14s were not vanity projects. You don't agree? So are you suggesting that the question is how the buyers use weapon systems?

Actually the shah and his numerous military purchases were the perfect example of vanity projects,had he not been deposed his plans included the purchase of several hundred f16s in addition to irans already huge airfleet and that was just the airforce,the question is whether the buyers actually need these systems in the first place and having obtained them can they actually use them and maintain them effectively,we saw in the case of iraq and libya literally vast quantities of weapons often still in their original packing crates having never even been unpacked or vast graveyards full of aircraft and armor rusting away for lack of spare parts or maintenance,not to mention that both countries militaries were marginal performers at best,I have no doubt that when the house of saud is overthrown we will see exactly the same thing

Mr Uskowi raises a good point and i do agree. This is not really a question of weapon system variants, but rather a question of planning at military headquarters, tactical leadership on the ground, the skill/efficiency of the crews of the weapon systems and most importantly the moral/motivation of the people who man the weapon systems. Other than that, the weapon systems that Iraq has aquired should theoretically be more than sufficient to deal with Islamic State terrorists who number just a few thousand.

Agreed. The specific case pertaining to current buying sprees of expensive US equipment by GCC monarch has a lot more to do with them safeguarding America's geopolitical sympathy, which naturally implies generous priviledges when it comes to their weapons market, than to answer to any kind of actual, urgent strategic needs. Indeed, neither the Saudis or their smaller Gulf brethren are renowned to this day for having a effective, even partially self-sufficient control on either the use or maintenance of their assets, and the few specialiazed facilities present on their soil for that purpose are exclusively accessed by US operators and off-limits to their own people. Exactly like it was the case for Grumann's F-14s in Shah's Iran and the huge difficulties the country faced to maintain and operate them during the second half of the war with Iraq since Washington pulled the plug altogether and even ordered sabotage of Pheonix missile and fire control systems upon leaving he country in 79. Damage quickly repaired thanks to unforeseen Iranian engineering abilities. If anything, despite having yet to bridge the gap in overall quality and degree of advancement in its air fleet, Iran along with Israel remains the sole middle eastern country with a serious ability to train its crews, operate its assets and maintain them. Let alone the subject of heir homegrown capabilities in producing other type of strategic hardware and weapons such as ballistic missiles and muh more recently , advanced air-defense systems. Fighter project will materialize in the coming decade at the very least since they imply diverting much needed and scarce resources mainly due to sanctions, on other more urgent and realistic projects currently being top priority for the regime to maintain as a potent detterent flrce specially against Israeli contemplations. Most of these Patriot batteries will remain in US-controlled sections of their soil, the same way a significant part of their F-16 fleet will be operated by foreign mercenaries and not Qatari nationals, while Iran by contrast recently helped Turkey get rid of the same kind of software and hardware backdoors pre-installed in their own to prevent targetting of select countries such as Israel. To me the above argents stand. Nice and expensive "toys" in GCC hands. Deadly in expert Israeli hands. (which remains to be seen in modern times considering their record in the past decades essentially consists in bombing unprotected targets in uncontested airspace, bar a couple occurences in Syria where the lack of retaliatory action was perceived as more the result of Assad's pathetic weakness and fear as a despotic leader rather than actual military impossibility).

GEN Basrawi- you are defending a fraud !!.And I think you ONLY dedicated your attention on mocking the Iranian leadership -
NOW ,INSTEAD of wasting those billions on 'HIGH tech' arms that can't even stand against militants and wont help anyone during a real conflict, the leadership in Qatar ought to have done this-

@- build a world class medical research center ,invite or lure scientists from the West and East to man this facility and teach Qatar children .this would be a noble project and a blessing to humanity !!.

@-Speak to Samsung , Apple,LG,Microsoft,and convince them to build technical institutions in Qatar soil and let them build plants and make Qatar the assembling point in the middle East- this too would be a noble project with many benefits !.

Nader your right in saying f-4 f-5 and f-14 are still useful work horses that served Iran well. But only after overcoming immense difficulties after 1979. Seems a strong theme of this discussion is the militaries of many Arab countries, Iran, Turkey...... and any country that may feel threatened by Israel and/or the Americans. The Americans are quite open about their policies regarding ensuring Israeli military technological advantage. America will only sell her Arab allies and Turkey weapons that would be effective if fighting each other!

Specifically regarding Israeli attacks in Syria over past couple of years I have read those type of attacks would be very difficult to maintain in any sustained campaign. Surprise and the fact the Israeli's could launch their missiles from Lebanese air space were very useful. I understand electronic countermeasures also played an important role in these strikes but again are not readily repeated after initial attacks. With Russian Western relations deteriorating over Ukraine, it will be interesting to see what Russian systems may find there way onto the international market and to who they may sell.