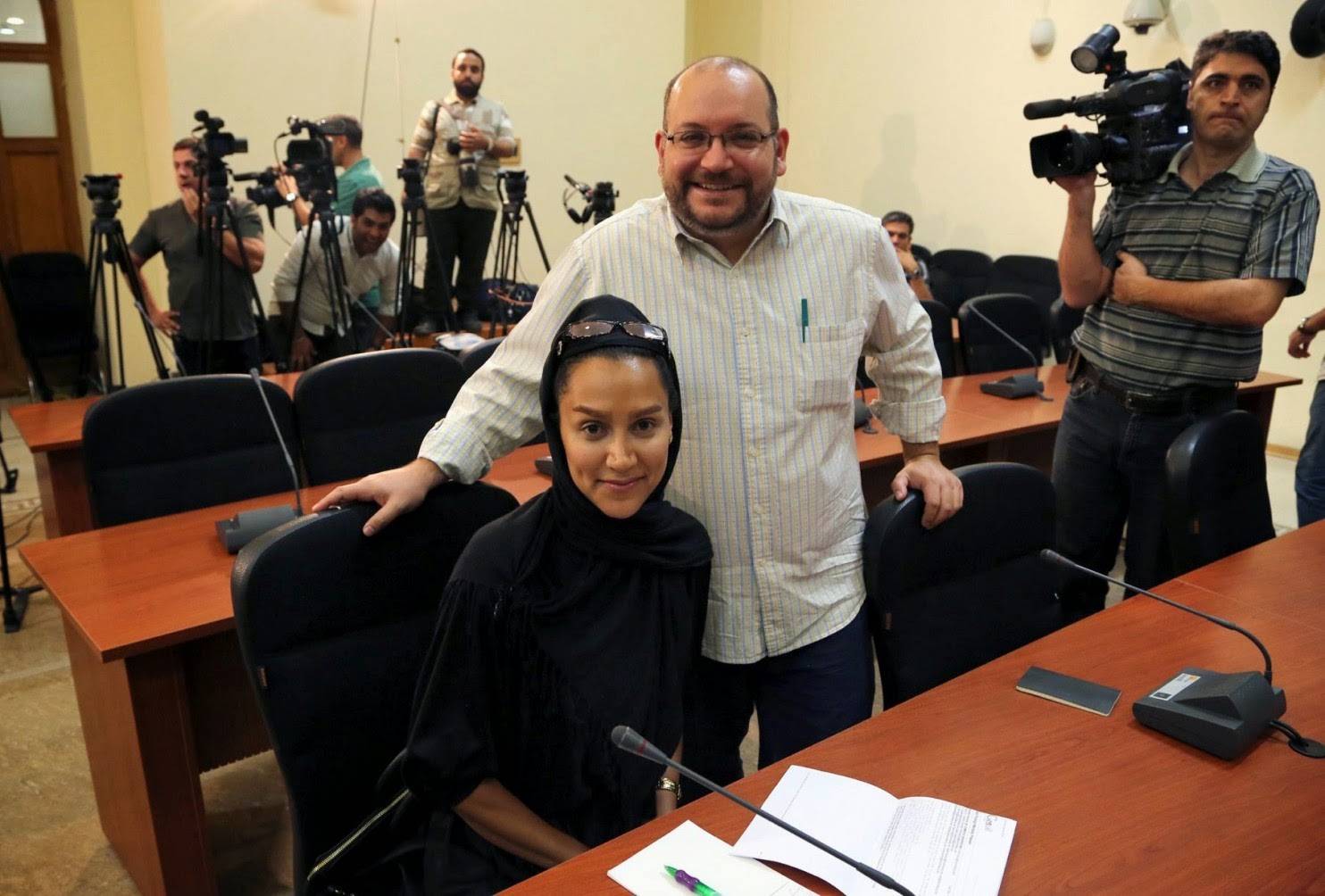 New York-based Committee to Protect Journalists (CPJ) today called on the Iranian government to explain why the Washington Post’s Jason Rezaian and The National's Yeganeh Salehi, Rezaian’s wife, were arrested, and who has detained them.

It has now been six days since Rezaian and Salehi were detained. Reporters Without Border says an unnamed freelance photojournalist along with her non-journalist husband was also detained.

So far the only official confirmation of the arrests came from Qolam Hossein Esmaili, the head of the Justice Department in Tehran Province, who told the state-run news agency IRNA on Friday that the judiciary would provide information on the arrests after the completion of “technical investigations.”

In April, the very same Esmaili was removed from his previous post as head of Iran's state prisons after dozens of detainees in Evin prison, including at least seven journalists, were severely beaten during a raid. He is now promoted to the position of Tehran's prosecutor general, and has ordered the arrests of Rezaian and his colleagues.

CPJ said it holds the entire government in Iran responsible for the well being of all imprisoned journalists.

Meanwhile, the U.S. State Department today urged Iran to release Rezaian. Jen Psaki, a spokeswoman for the State Department, said Washington had asked the Swiss government, which is in charge of U.S. interest section in Iran, for assistance in resolving the issue of Rezaian’s detention.

“We call on the Iranian government to immediately release Mr. Rezaian and the other three individuals,” Psaki said Monday afternoon during a State Department news briefing. (Washington Post, 28 July)

The Washington Post’s executive editor, Martin Baron, said last week that the newspaper was “mystified” and “deeply concerned” by the arrest.

Rezaian, 38, who holds American and Iranian citizenship, has been The Post’s correspondent in Tehran since 2012. His wife, Yeganeh Salehi, 30, is a correspondent for UAE-based National newspaper.

The Iranian official confirming their detention alluded to an investigation in process.

Jason is from Tiburon, I think, which is here in the North Bay. I've been informed there was a time (decades ago) when our parents had been acquainted. Hopefully he hasn't transgressed against Iran's national security and will soon be released.

Eslami, Tehran's prosecutor general, who alluded to have an "investigation" in process against Rezaians and his colleagues, was pushed out of the infamous Evin prison as its director after his prison guards beat up nearly to death a large number of political prisoners, including eight journalists, at the prison's political prisoner's section, and after an international outcry over the incident. That was in April. The Iranian "officials" did not say at the time that Esmaili was actually being promoted for his actions to become Tehran's top prosecutor. His first known action in his new post: to arrest and start the "process" of "investigation" against Rezaian and his colleagues.

The extreme right in Iran, which has the country's "Judiciary" under control, increasingly acts as Iranian/Shia version of the Taliban or ISIL. A very dangerous policy that could polarize the Iranian society even further, when the reverse is needed during a time that the whole region is in its most serious crisis ever.

Fear... Fear of loosing control, Fear of people, Not trusting their own ways and wanting to stay in power no matter what are the consequences...and it's not exclusive to the current regime or any government including most in West hence intelligence gathering and spying on its own citizens.

A commentator using “Anonymous” handler has sent us a reply to my comments above; which unfortunately could not be published for containing personal attacks on the author. But he/she had asked a fair question and offered a serious comment, which I try to answer/explain here. The question was why I had compared the Islamic Republic to the Taliban and Islamic State regimes, and the comment was that Rezaian and his colleagues were undergoing due legal process in detention.

In my comments above, I did say that the extreme right in Iran increasingly acts like the Talibs and the ISIL. My point was clear: there are political factions in Iran that do not represent the extreme right views. In fact there is a powerful moderate faction in the country, the likes of Ayatollahs Hashemi Rafsanjani, Nateq Nouri, Khatami, and Rouhani, who is now the president of the country, as well as some influential IRGC senior officers who during last year’s presidential election did not support Jalili, the candidate of the extreme right. Gen. Soleimani, for example, supported Qalibaf. And of course there are reformists, unfortunately a large number of them in prison or under house arrest, like Ayatollah Karrubi and Mr. Mousavi.

The extreme right, if it had its way, would have set up a regime not unlike the Talibs and the ISIL. And they do not shy away from explaining their views. Their spiritual leader, Ayatollah Mesbah Yazdi has said that he believes the Vali Faqih, currently Ayatollah Khamenei, is the representative of God on earth and does not need parliament or elections to rule on behalf of God. Islamic State’s al-Baghdadi has a similar claim, although he does not go as far as claiming to be God’s representative on earth, at least not yet! This faction controls the Judiciary (ala Sadeq Larijani) and has powerful figures in many other major institutions of the country.

They have kept Mousavi and Karrubi under detention without charge for nearly five years, the two were Islamic Republic’s prime minister and speaker of Majlis repectively! They have detained many politicians and political activists because of their political beliefs. They have imprisoned many journalists and bloggers. They have promoted that tug who ran the infamous Evin prison to become Tehran’s prosecutor, so he could detain more of their opponents and journalists they don’t like.

They now want to prevent moderates from running for Assembly of Experts and Majlis elections in 2016, of course through the Guardian Council disqualifications, and not at the polls: in the last election they could only muster 11% of the votes.

They represent a backward ideology, as dangerous as the Taliban and the Islamic State. They also want to take the “republic” out of Islamic Republic. Their Guide does not shy away from saying so. “Due process” to them is to keep people in prisons and under house arrest without charge. I sincerely invite the commentator mentioned above to post his views here in professional language.

Dear Mr. Uskowi, for purposes of accuracy and clarity, may I humbly suggest using the appropriate term "Khomeinist" to describe the cliques of the clerical regime, i.e. Khomeinist "conservatives", Khomeinist "moderates", and Khomeinist "reformists". The only tolerated political line in the Islamist regime is "khatt-e Emam".

Iran's culture of lies fears reporters because their job is the truth.