A Major Setback for Iraqi Army 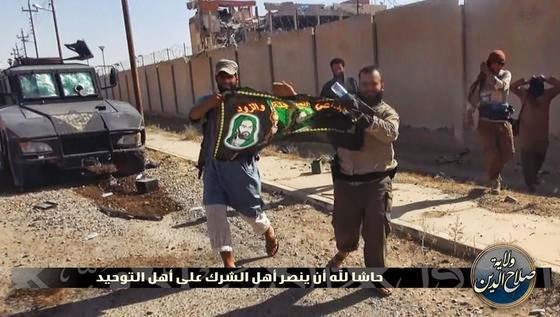 Iraqi forces withdrew from Tikrit today after their weeklong offensive to retake the city met heavy resistance from the “Islamic States” militants who had captured the town last month. The Iraqi Army troops, backed by National Police and large numbers of Shia militias and air support, made a last push from Awja, 5 miles south of Tikrit, toward the city center on Tuesday, but were driven back after a day of heavy fighting. They reportedly left behind military vehicles, including armored personnel carriers, other heavy equipment and weapons.

Meanwhile, in the town of Dhuluiya southeast of Tikrit, government forces pushed the militants out on Tuesday night, eyewitnesses told Reuters. Control of Dhuluiya has passed several times from local fighters and police into the hands of militants and back again.

It sounds like they`re going to have to do it the hard way just like in syria,evacuate the citizens and flatten the parts that the jihadis are holed up in,hopefully they can learn from the syrians exerience