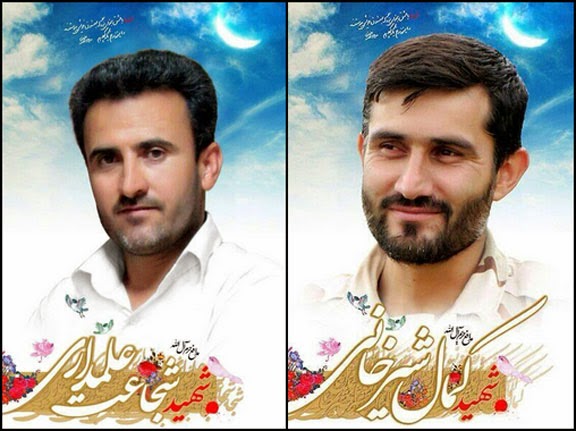 Right: IRGC member Kamal Shir Khani, believed to be advisor, KIA by hostile mortar fire, in defense of Samarra, Iraq.
Posted by Mark Pyruz at 1:57 AM

So for example when the Iranian media reports that Col. Alamdari was martyred in defense of the holy shrine in Samarra, does not mean he was necessarily killed anywhere near Samarra.

A word of caution on numbers of KIA: The report on this post of 2 KIAs is based on public funerals held for those officers. Not all KIAs, and especially non-senior officers and soldiers, are buried after a public funeral. What we can say for sure is public funerals for two IRGC officers KIA in Iraq have been held so far.