No Breakthrough in Iran Nuclear Talks 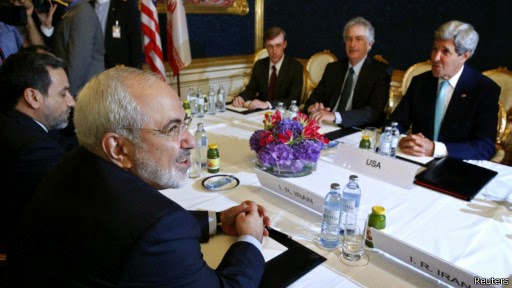 After the latest round of talks between foreign ministers of Iran, Britain, France, Germany and EU’s foreign policy chief today in Vienna, the British Foreign Secretary William Hague tweeted that there were “no breakthrough” in the nuclear talks. Hague added that diplomats form Iran and P5+1 will remain in Vienna to use the week prior to 20 July deadline to seek progress. (Twitter/@WilliamJHague)

There appears that very significant gaps between the positions of Iran and P5+1 still remain. The question is whether the two sides would consider extending the talks beyond the 20 July expiration date of the interim nuclear agreement (JPOA).