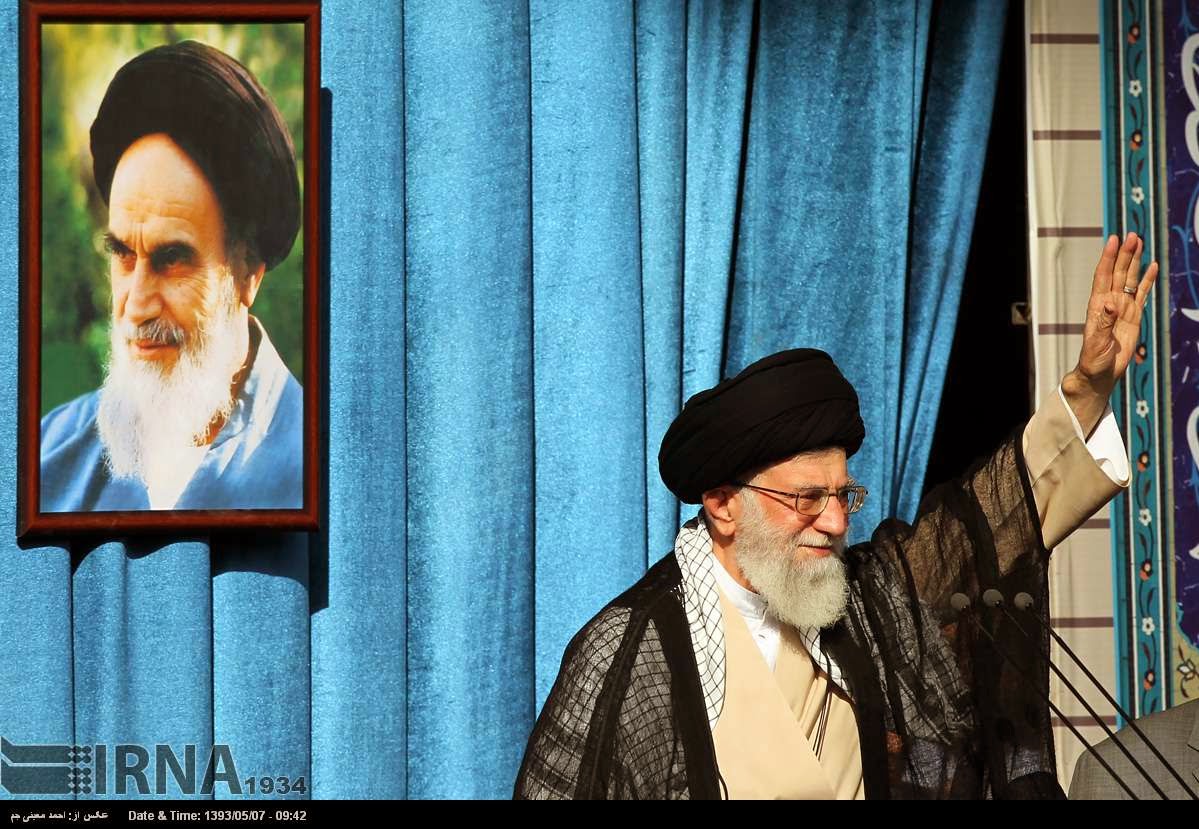 Iran's Supreme Leader Ayatollah Ali Khamenei today urged Islamic nations to arm Palestinians in Gaza to counter what he termed Israeli genocide. Khamenei made the comments during a live televised address commemorating Eid Fetr, the end of Ramadan, which was observed in Iran on Tuesday. He was accompanied by senior Iranian officials.

“This rabid dog [Khamenei was referring to State of Israel], this rapacious wolf, has attacked innocent people and humanity must show a reaction. This is genocide, a catastrophe of historical scale,” Khamenei said. (IRNA/Reuters, 29 July)

Khamenei also criticized the United States and Europe for what he said were their efforts to limit the military capacity of Palestinian fighters in Gaza.

“Everyone, whoever has the means, especially in the Islamic world, they should do what they can to arm the Palestinian nation ... the Zionist regime deeply regrets starting this (war) but has no way out,” Khamenei added.

First of all charity should start at ones home.Therefore lets arm Iranians against the brutal occupying islamic dictatorship in Iran. Let the arabs sort their own problems out and leave us in peace.

Some people are so embedded in their hatred that every time they fail to see the good in their enemy. While article is about the massacre of innocent souls some pitiful individuals that have themselves become a symbol of what hatred unchecked could cause are busy making a personal attack. Even nations that are not in tandem with the IRI are clamouring for peace in the whole of palestine even some Jews Knesset members. At the junction in human history civility demands that we put aside our personal differences and stop the genocide taking place in palestine. Time to defend what we all have in common humanity.

Khamenei responsible for genocide on far worse scale in syria & iraq, seems no mention there

"This is genocide, a catastrophe of historical scale"

that is stupid and untruthful and these are the words of an ignorant man who has no honor and no taste for truth.

AnonymousJuly 31, 2014 at 11:12 PM
So how would you describe israels latest bloody rampage in gaza then?,if anyone here is "ignorant" or doesnt have a "taste for truth" its you

I would describe it yet another battle in an unusually protracted civil war. It's no more genocidal than the fighting between the Turks and the Kurds in the 1990s of the war between Iran and Iraq

Then you would be wrong there is no "unusually protracted civil" war between the israelis and palestinians,the palestinians were never a part of israel to begin with,this is a brutal occupation that has lasted for decades and cost the lives of god knows how many palestinians.
The iran iraq war was a conflict between to nation states that lasted for only eight years,the kurds were an oppressed minority within turkey not a nation under decades of occupation