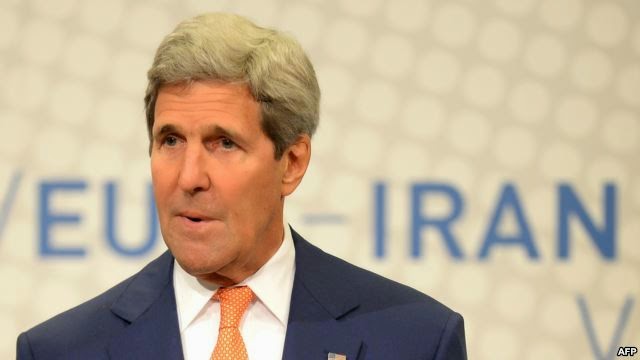 Secretary of State John Kerry told reporters in Vienna that diplomats from Iran and six world powers have made tangible progress in talks about Iran's nuclear program, but that “very real gaps remain” on key issues. (AFP/VOA, 15 July)

Kerry said the two sides are working in good faith and that meeting a Sunday deadline is still possible. He also said there is “no question” that Iran has a right to a peaceful nuclear program.

On centrifuges, Kerry said he was not getting into the numbers but he added that United States has “made crystal clear that 19,000 that are currently part of (Iranian) program is too many.”

“As we stand now, we have made enough headway to be able to tell our political bosses that this is a process worth continuing,” Zarif said in Vienna after talks with US Secretary of State John Kerry. “This is my recommendation. I am sure Secretary Kerry will make the same recommendation.” (AFP, 15 July)