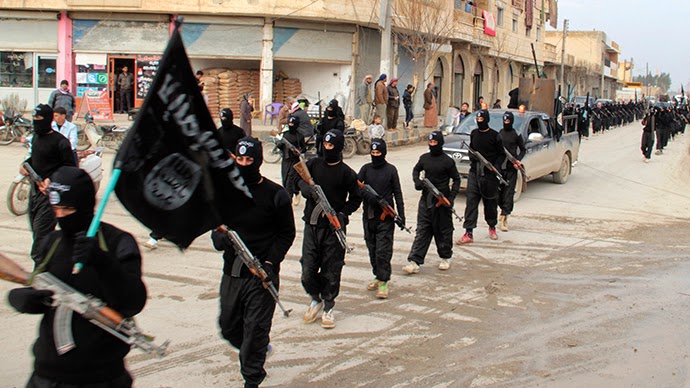 Islamic State militants have seized an army base in the Syrian city of Hasakeh, a day after they took over Division 17 Headquarters in Raqa province, London-based Observatory reported today.

In Hasake, northeast Syria, “ISIS jihadists took over the army’s Regiment 121 at Maylabiyeh” after a three-day battle. According to the Observatory, at least 85 Syrian government troops were killed during the takeover of the base by the militants, among them more than 50 who were executed after their capture. (Observatory/AFP, 27 July)

On Twitter, supporters of the Islamic State celebrated the army position’s “liberation” at the hands of the jihadists.

On another front, Syrian rebels in Hama province captured Khattab and Rahbeh villages, taking over arms depots, said Observatory. Rebels are now “advancing towards Hama military airport,” a key army position and site of one of Syria’s most feared prisons.

Amateur video posted by activists on YouTube showed some of the weapons seized by the rebels in Hama, including rockets, ammunition and mortars.

Syria’s war has killed more than 170,000 people since it broke out in March 2011 and forced nearly half the population to flee their homes.